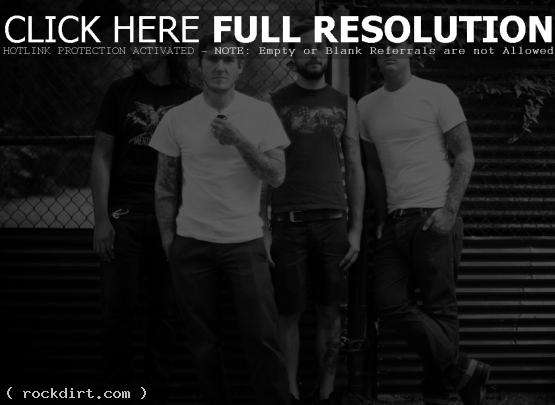 The Gaslight Anthem have announced the release of their exclusive ‘iTunes Session’ for December 13th, as well as the pre-order for the album, which is available today. Band members Brian Fallon, Alex Rosamilia, Alex Levine and Benny Horowitz stopped by the Magic Shop in New York City on July 25th, 2011 to record 7 songs featured on the release. The ‘iTunes Session’ is comprised of 1 unreleased original track, ‘Our Father’s Sons’, 4 covers that have never before been put to tape, and a re-imagined version of ‘Boxer’, the bands second single off their 2010 album ‘American Slang’.

The pre-order for The Gaslight Anthem’s ‘iTunes Session’ is live today, exclusively in the iTunes Store. It comes with a download of the band’s cover of the Pearl Jam hit ‘State of Love and Trust’, which is available instantly upon purchase and is also streaming on Rolling Stone.com. Customers who pre-order the session will also get a new version of The Gaslight Anthem’s ‘The Navesink Bank’ on the day of release.

The track listing for the ‘iTunes Session’ is as follows:
1. Baba O’Riley
2. Refugee
3. Our Father’s Sons
4. State of Love and Trust
5. Boxer
6. House of the Rising
7. Interview
8. The Navesink Bank (pre-order only track)