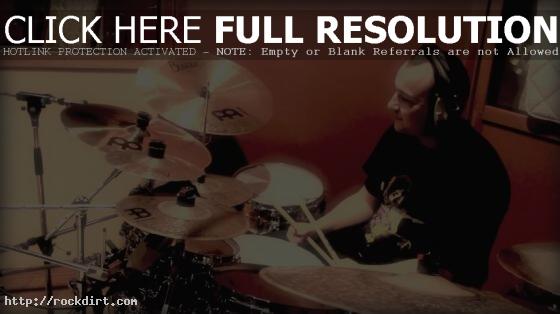 Prog rockers The Flower Kings are gearing up for the June 19th release of their new album, the first sign of life from the group in 5 years. With the band’s recent return to the active prog scene, bandleader Roine Stolt promises that in addition to their forthcoming album, ‘Banks Of Eden’, fans can expect touring in both Europe, America and Asia in the near future.

The Flower Kings began work on ‘Banks of Eden’ in December 2011, with an updated version of the band showcasing the classic lineup of Stolt, Tomas Bodin, Jonas Reingold and Hasse Froberg, and new German prodigy drummer Felix Lehrmann.

‘Banks Of Eden’ was recorded with the band playing live in one room in a studio in January 2012, a recording much like in the old days of classic prog, before computers hit the market. The album was recorded with original 60’s and 70’s recording equipment, for a true warm analogue vintage sound. “We aimed for the classic big warm vinyl-sound of old records by Queen, Genesis, Zeppelin or Deep Purple,” says Stolt.

Extra Material:
Interview with the band in the studio – video feature

The music contains most of the trademarks that put The Flower Kings at the top of modern Prog. The theme of the album is the struggle between a world in constant motion and in addictive consumption, and on the other side, finding a place and a little time where our souls find rest and peace. The album opener is a 26 minute centrepiece that displays a few new harder and more angular sides of the band.

As a first preview for Banks of Eden, The Flower Kings have released a official album trailer. Watch it via YouTube below.

The band is planning on an extended headlining tour across Europe in September, and will play their first official reunion gig at the Sweden Rock Festival on June 8th.