The Calling Stop By TRL On Tuesday 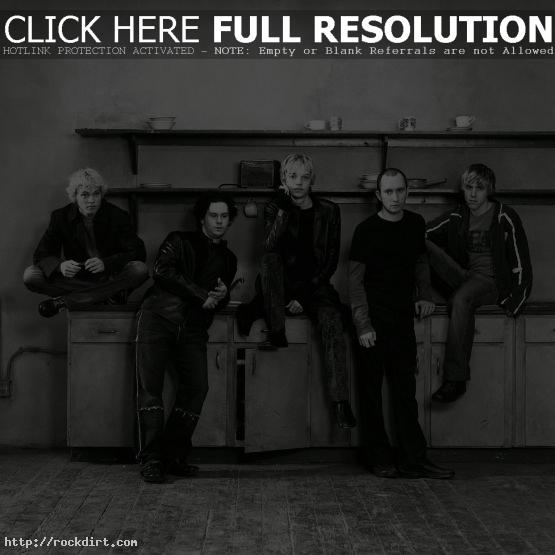 The Calling guitarist Aaron Kamin and frontman Alex Band stopped by MTV’s Total Request Live on Tuesday to talk about touring the globe, their new video for ‘Adrienne’, and Aaron’s electrocution in Thailand. For a transcript of their appearance, read on.

TRL: Our guests today have traveled 25,000 miles, rocked 11 countries
and maxout their passports. Lookin’ for r & r look — here but won’t
find it. Alex and Aaron from the calling, everybody

TRL: Welcome to the show. Wha’ssup?

TRL: Want to stand right here. How are you guys feelin’?

TRL: Good you came from a world tour. How was that congratulations

TRL: You got shook up, right in Thailand.

Aaron Kamin: I got shocked man in Bangkok Thailand. I used to play guitar and mandolin but I don’t any more because I grabbed two at the same time
because they were all messed up.

Aaron: Yeah, i didn’t get into it but i found myself shakin’, on the floor, freaked out.

TRL: Ha-ha. You did stop down that show.

The Calling: One show on the tour we had to cancel.

TRL: Glad you are all right, man.

Aaron: Yeah. Thought a lot about my life.

TRL: I heard you brought the new version of “Adrienne” for us can you
tell us about it.

The Calling: Yeah. We thought it would be funny to record the voices
of the fans of ours that sang to me in the video it is actually pretty hilarious but we brought the same video but you can hear their voices.

TRL: You had the whole shoot

TRL: All types of accidents with you guys, man.

TRL: Wow. Cool let’s get into the new version of “Adrienne” I’m figuring
since you are here this is cool because your fans voted on your video at 8. Do the honor.

The Calling: It’s the calling with “Adrienne”

TRL: Your no. 8 video by these guys here the calling “Adrienne” chillin’
here havin’ a good time at the beachhouse.

The Calling: Nice to be at the beach, man. We haven’t seen a beach in
a long time.

TRL: Really? Take it in.

TRL: Go for a swim even if you trust that water out there

The Calling:  More than los angeles beach, for sure!

TRL: Yeah, yeah. Cool. You guys have really blown up over the past year, I mean the transition has been night and day. I want to break down the
lifestyle thing because it has been a change. I want to can ask you a couple
questions if you will indulge me.

TRL: Last you invited to prom and this year you were invited to?

The Calling: Uh, skywalker ranch, maybe. ‘Better than the prom.

The Calling: No dancing, though.

The Calling: Uh, last year we were just getting started I think a quarter million.

The Calling: I think well over a million.

TRL: Wow, okay and this year?

The Calling: I don’t think I would drive anything in New York.

The Calling: It is scary here.

TRL: Yeah. Last year your friends and family kissed you on the cheek.
This year?

The Calling: On the ass

The Calling: Yeah. where’ the money?

TRL Cool. Thank you for just sharin’ that with me.

TRL: Congratulations on everything, man. The whole success and everything. Good luck wh the U.S. Part of your tour.

The Calling: Thanks man. Thanks for voting.