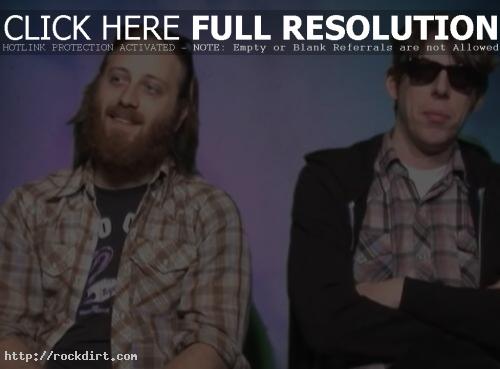 The Black Keys were interviewed in a ‘120 Seconds’ feature at their Warner Bros. Music label’s YouTube channel. The Akron, Ohio blues rock duo, featuring Dan Auerbach and Patrick Carney, talked about the origin of the group, their “filthy” first tour, never using a studio or producer before teaming up with Danger Mouse on their just released fifth album ‘Attack & Release’, and how a majority of their fans will never buy their record. Watch the interview below.

May 28, 2008 rockdirt Multimedia No Comments The Black Keys