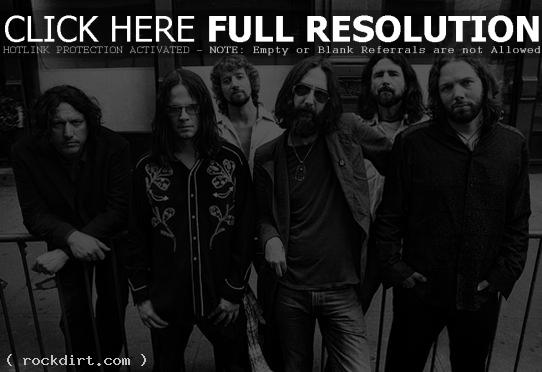 ’20 Years of Tall Tales’ is the title of the web series The Black Crowes will roll out starting Tuesday (August 3), which is the street date for their first-ever double album of all-acoustic material with new arrangements of their best-loved songs and deep cuts called ‘Croweology’.

In a wide-ranging and freewheeling interview marking the 20th anniversary of their landmark multi-platinum debut, 1990’s ‘Shake Your Moneymaker’, frontman Chris Robinson talks about where the band have been and where they are now.

Throughout the month of August, the band will release one webisode per day via their website, blackcrowes.com, featuring the band’s highs and lows, the controversies, arrests, feuds and more. ’20 Years of Tall Tales’ was directed and produced by John Vanover and filmed earlier this month at Robinson’s Los Angeles home.