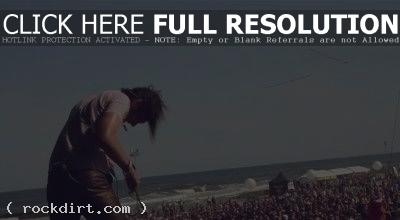 The All-American Rejects stopped by the Bamboozle festival in Asbury Park, New Jersey earlier this month and documented their day in a new video diary. The clip includes footage of the band’s arrival, press, preparation for the set, and a brief cameo by My Chemical Romance frontman Gerard Way. The festival also featured performances from the likes of Foo Fighters, Skrillex, Bon Jovi, and many more.

The Rejects are currently on tour supporting their latest release, Kids In the Street, out now on iTunes. For more on the band, including upcoming tour dates with Blink-182, visit their official site at allamericanrejects.com.