Whitesnake performed in concert at The Liverpool Summer Pops Big Top Arena on Monday (July 3) in Liverpool, England. Check out pictures from WireImage.

Whitesnake performed in concert at Cardiff International Arena in Cardiff, Wales on Sunday (July 2). Check out pictures from RexFeatures.

Whitesnake performed in concert at Hammersmith Carling Apollo on June 1st in London, England. Check out pictures from FilmMagic.

Whitesnake performed in concert at the House of Blues in Atlantic City, New Jersey on Saturday (July 30). Check out pictures from FilmMagic.

Whitesnake singer David Coverdale phoned in to the Jackie & Bender show on KISS 106.1 FM in Seattle on Wednesday (June 22). Jackie and Sammi joked about how they’ve been counting down his birthday, but David said he’s counting in reverse at his age. Coverdale then previewed the show and talked about living in Lake Tahoe, Nevada, where he’s neighbors with Babyface. David joked about meeting his wife at a cheesy hair salon called Lookin’ Good. Audio at kiss1061.com has since been removed.

Whitesnake’s official website has added an interview with frontman David Coverdale, where he discussed his shoulder injury and its effect on the band’s tour. “A couple of weeks into the tour… around my 53rd birthday… I was onstage in Copenhagen, kicking substantial arse… when I felt something rather uncomfortable happen in my right shoulder,” he expained. “Oh dear, I thought… What’s this???… After seeing an abundance of specialists I was diagnosed as having tendonitis… and, of course, the preferred treatment is rest… & more rest… Not much hope of that during a tour! Rather than cancel the tour, I decided to try & ‘accommodate’ the injury, & adapt my performance around it… which of course meant not quite as much mike stand tossing, if you’ll excuse the expression.”

The interview at whitesnake.com has since been removed.

Whitesnake performed live in concert at the Olympia Theatre in Dublin, Ireland on Wednesday (October 27). Check out pictures from RexFeatures.

Former Deep Purple and current Whitesnake frontman David Coverdale has commented on the upcoming the 30th Anniversary, remastered edition of Deep Purple’s classic ‘Burn’ album, due on April 14th through EMI Records. Read on for his online message.
END_OF_DOCUMENT_TOKEN_TO_BE_REPLACED 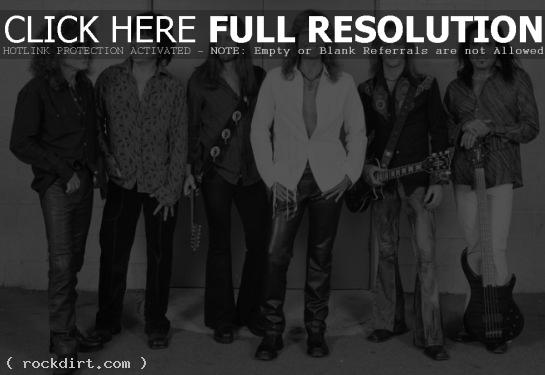 Whitesnake frontman David Coverdale recently spoke to the Mansfield News Journal about his decision to unpack his band out of the attic of “Headbanger’s Ball” obscurity for a tour, with hopes of not only reconnecting with old fans, but eventually, returning to the new record bin with a vengeance. “Too many things happened last year and I don’t ignore clues,” said Coverdale. “One of my former record companies called and asked if I wanted to do anything to celebrate the 25th anniversary of Whitesnake. And as soon as I agreed to do that, some very old friends of mine, the Scorpions, asked if I wanted to co-headline with them. So, I really was a little bit shy about going back into what I would call the music business. I agreed to go out on kind of a testing-an-audience tour with the Scorpions and the response that my songs and the band received, if anything, was more than the last time in 1990.”