White Lies ‘Death’ And ‘To Lose My Life’ Live Videos

Live footage of White Lies performing ‘Death’ and ‘To Lose My Life’ at Fearless Music in New York City has been posted at the band’s YouTube channel. The songs are off the English indie rock band’s debut album ‘To Lose My Life…’, out now on Fiction Records. Watch them below. 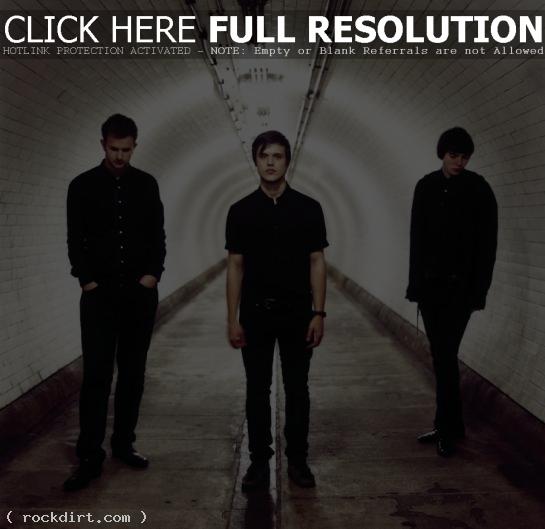 Harry McVeigh and Jack Lawrence-Brown of White Lies spoke with TVN backstage at their recent Jazzin’ Festival 2011 show in Milan, Italy. “The record over the ten songs I think all of the songs have some illusion to the idea of a ritual,” Jack said about the English indie rock band’s second studio album ‘Ritual’. “Whether it’s a personal ritual or whether it’s a massive, religious ritual. All the lyrics across the whole record kind of feature these ideas in some way. As a title for the album, it can kind of sum up the whole record. It has something to do with all the songs on there, which is quite a tricky thing to do.” Watch the interview and highlights from the concert below.

White Lies are out with the music video to their new single ‘Strangers’, off the English alternative rock band’s second studio album ‘Ritual’, out now on Fiction Records. Watch the Stephen Agnew and Ben Sullivan directed video via Vevo below. 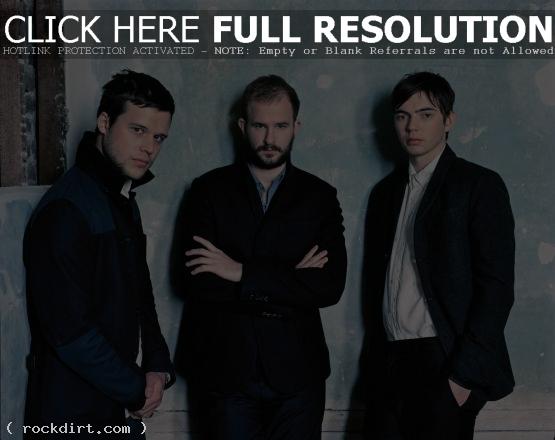 White Lies singer Harry McVeigh tells NME that he’d like the group to follow in the career tragetory of Kings of Leon. “I’ve been reading a lot of things about Kings Of Leon’s career path,” McVeigh said. “Whether you like them or not, they were on a perfect rise to the level they were at. With each record they’ve grown in popularity, and I think that’s a really comfortable way to become one of the biggest bands in the world.” 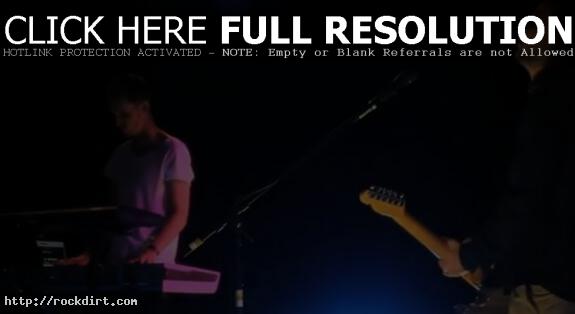 White Lies are out with a video featuring clips from the ten tracks on their second studio album ‘Ritual’, out now on Fiction Records. Watch the Tim Nackashi directed video via Vevo below.

White Lies ‘Bigger Than Us’ Video

White Lies are out with the music video to their new single ‘Bigger Than Us’, off the English rock band’s second studio album ‘Ritual’, out January 17th via Fiction Records. Watch it via YouTube below.

NME spoke with White Lies backstage at V Festival 2010 in Staffordshire over the weekend. The English alternative rock group talked about books their reading, what they’d be doing if they weren’t musicians, if the could do any impressions, the most annoying member of the band, and if they had a joke to tell. Watch the 1 minute interview via YouTube below.

Absolute Radio’s Simon Mundie caught up with Harry McVeigh and Jack Lawrence-Brown from White Lies backstage at Reading Festival 2009. They talked about their reputation as perfectionists and the morbid themes of their music. Watch it via YouTube below.

White Lies talk to NME backstage at Leeds Festival 2009 about playing with Coldplay, meeting Chris Martin briefly, problems with the food the festival provided them, and what’s next.

NME followed White Lies as they walked on stage at Benicassim Festival 2009 in Spain, talking with the magazine about what they’ve done beforehand and what the usual procedure is for them to begin a live set. Watch it via NME’s YouTube channel below.