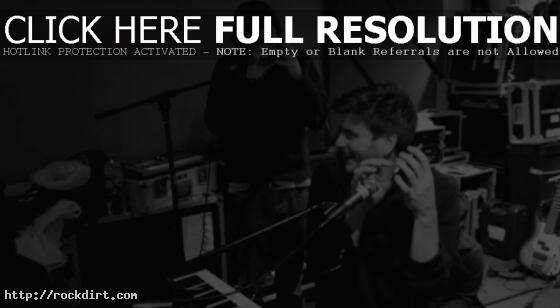 Thirteen Senses are out with the music video to their new single ‘Home’, off the English alternative rock band’s third album ‘Crystal Sounds’, available now on b-sirius. Watch it via YouTube below.

Thirteen Senses are out with the music video to their new single ‘The Loneliest Star’, taken from the English indie rock band’s third album ‘Crystal Sounds’, out February 21st on b-sirius. Watch it via YouTube below.

Following a three year public hiatus, Thirteen Senses are returning with a new album entitled ‘Crystal Sounds’. Recorded and produced by the band in their own studio, the band said of their third album:

This album’s been a long time coming! Writing it was a fantastic experience, as we were able to explore so many different influences, more so than on our previous records. We pretty much locked ourselves away and wrote, recorded and produced the whole thing ourselves. Now it’s finally finished, we can’t wait for our fans and new listeners to hear it, and hopefully fall in love with it.

Tracklisting for ‘Crystal Sounds’ is as follows:
Crystal Sounds
The Loneliest Star
Home
Imagine Life
Animals
After The Retreat
I Saw Stars Disappear
Answer
Out There

Thirteen Senses ‘Thru The Glass’ Video

Thirteen Senses are out with the video to their new single ‘Thru The Glass’, from the album ‘Contact’, out now on Mercury Records. Watch it via YouTube below.

Thirteen Senses wrapped up the second leg of the band’s extensive UK tour, promoting their debut album ‘The Invitation’ at The Astoria on May 13th in London, England. Check out pictures from GettyImages.

Thirteen Senses ‘Do No Wrong’ Video

Thirteen Senses are out with the video to their new single 'Do No Wrong'. Watch it below.

May 27, 2004 rockdirt Multimedia No Comments