There For Tomorrow ‘The Joyride’ Video 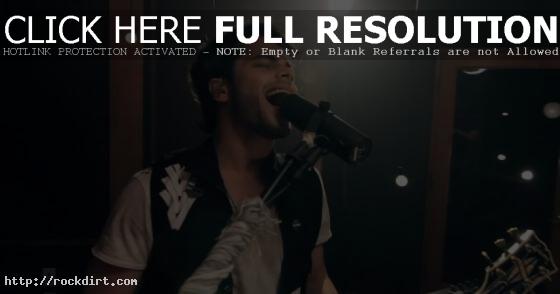 There For Tomorrow have released a music video of their studio recording sessions for their single ‘The Joyride’. The Orlando, Florida alternative rock group are set to release their second full-length album ‘The Verge’ on June 28th via Hopeless Records. Watch the video via YouTube below.

There For Tomorrow ‘A Little Faster’ Video (‘Ben 10’ Version)

There For Tomorrow are out with the video for their new single ‘A Little Faster’, featured in the movie ‘Ben 10: Alien Swarm’, which debuts on Wednesday, November 25th on Cartoon Network. The song is the title track off the Orlando, Florida alternative rock group’s second studio album, out now on Hopeless Records. Watch it via YouTube below.

There For Tomorrow ‘A Little Faster’ Video

There For Tomorrow are out with the video to their new single ‘A Little Faster’, the title track off the Orlando, Florida alternative rock group’s debut album, out now on Hopeless Records. Watch the Variable Films directed video below.