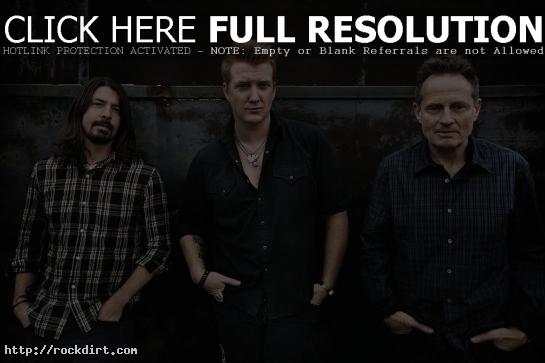 Them Crooked Vultures posted fotoage from a secret band practice before the first show ever in Chicago in 2009. Dave Grohl is seen pounding the drums in the black and white clip shot from behind the stage with Josh Homme and John Paul Jones in the background. Watch it via the rock supergroup’s YouTube channel below. 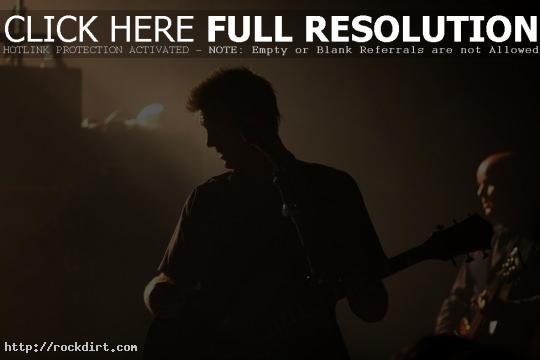 Them Crooked Vultures posted footage of their secret band practice before their first show ever in Chicago last year. Watch the black and white video of Dave Grohl, Josh Homme and John Paul Jones via YouTube below. END_OF_DOCUMENT_TOKEN_TO_BE_REPLACED 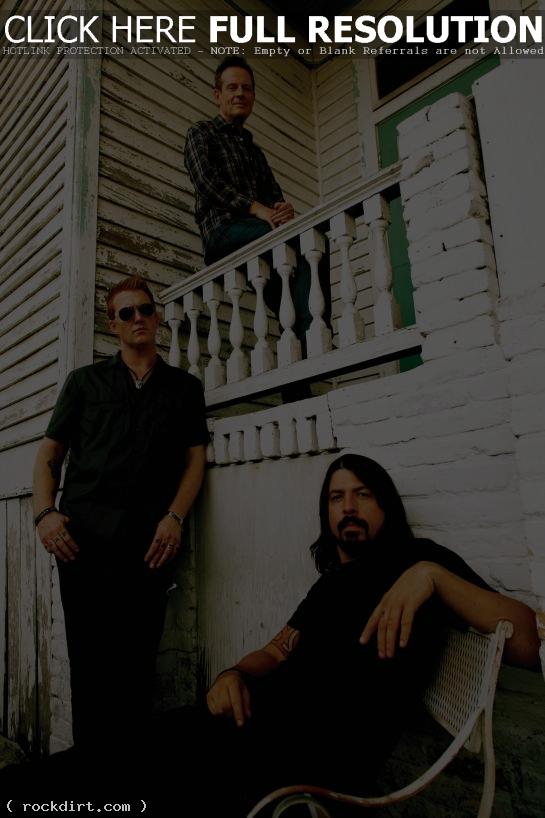 Them Crooked Vultures posted live footage of their ‘Gunman’ performance for the German television program ‘Rockpalast’, shot during the band’s concert in Cologne, Germany on December 8, 2009. Watch it via YouTube below.

May 28, 2010 rockdirt Multimedia No Comments 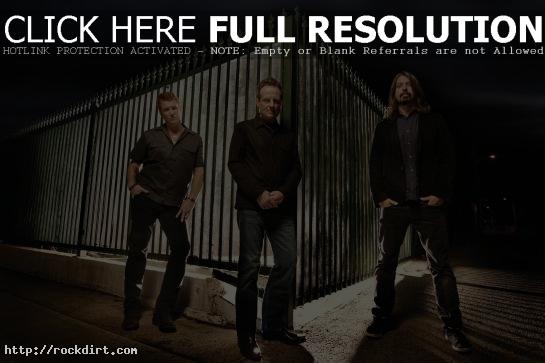 Josh Homme, Dave Grohl and John Paul Jones of Them Crooked Vultures drop by the Edge studios to chat with Bookie ahead of their headlining show in Toronto. The guys talked about their love for the city, how the show has extended from their last stretch of shows last year, how John felt performing again at Royal Albert Hall, Josh’s belief that there is an album worth of music in each Meatloaf song, and the mindset going into making the album.

“I think that when we were in the studio making the record, we weren’t really concerned with anything but making the record,” Grohl explained. “We didn’t think of it in terms of like retro, or future sailors or whatever. It was more about the room that day and the now. The three of us when we would get together and play, we each do what we do, but in our own weird way we can each do kind of almost anything, but in our own way. We’ll fool around, if you put John and I in a room, will sort of just start playing grooves and it might sound like old funk, or it might get weird.”

May 20, 2010 rockdirt Multimedia No Comments 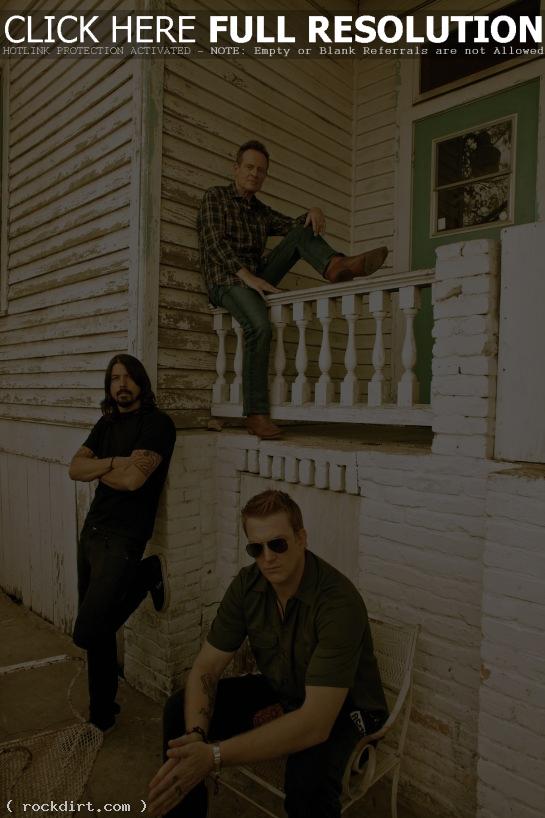 Shawn Jam Hill of the Ottawa Citizen was on hand for Them Crooked Vultures’ concert at Scotiabank Place in Ontario on Thursday (May 13), where he said John Paul Jones stole the show:

From the moment TCV took the stage, before a note was struck, some 3,000 grunge-loving rawkers stood, as if on cue, to give JPJ the standing ovation he so righteously deserved. “Let’s get goin'”, enthused ringleader/guitar/vox slayer Josh Homme (Kyuss, QOTSA) as the applause faded out. The band leaned into the languid burner No One Loves Me & Neither Do I, JPJ busted out a futuristic bass hybrid and uber-skinsman Dave Grohl (Nirvana, Foos) amped up the pounding psychedelics.

The entire review at ottawacitizen.com has since been removed. 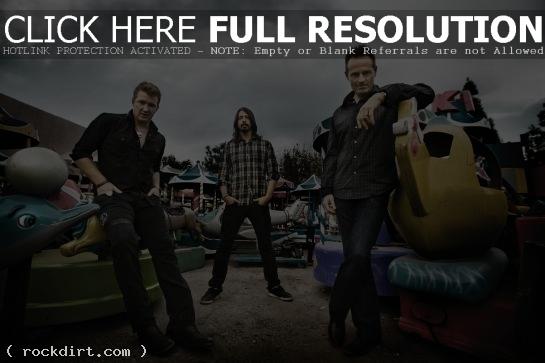 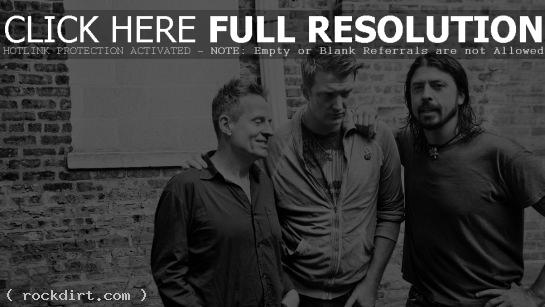 Them Crooked Vultures, featuring John Paul Jones, Dave Grohl and Josh Homme, chatted to Absolute Radio’s Ben Jones before headlining this year’s opening night of the 10th Anniversary Teenage Cancer Trust gigs at London’s Royal Albert Hall. Josh showed off his radio DJ voice before the rock supergroup talked about being recruited for the event by Roger Daltrey of The Who, how it’s a venue Josh had always wanted to play, how the idea of the trio made total sense and not just do ‘Pop Idol’, how Dave was looking for something to do outside Foo Fighters where he could play drums, and how they don’t consider the project work. Watch the interview via YouTube below. 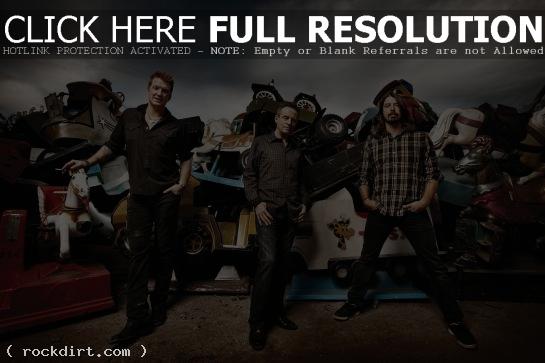 Them Crooked Vultures drummer Dave Grohl’s coffee addiction is explored in a new YouTube video. “Here’s a man that probably has five fresh pots a day,” Josh Homme explained. “He’s got an insatiable thirst for coffee. I mean if I drank that much coffee, I would cry decaf.” Watch “Fresh Pots” clip below.

Them Crooked Vultures To Release 2nd Album By Year’s End 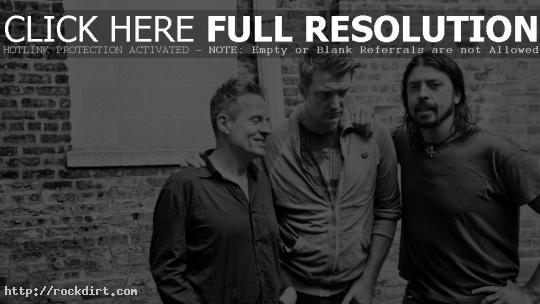 Them Crooked Vultures bassist John Paul Jones tells Stuff.co.nz that he, Dave Grohl and Josh Homme plan to record their second album that will be released before year’s end. “We’ll do a second album this year,” he explained. “By the end of summer, something like that… We’re all hard workers. In a way we need to do this for ourselves. Once we committed to it we worked as hard as a young band would, put the hours in. It’s got to be good – we’ve got reputations to uphold more than anything else.” 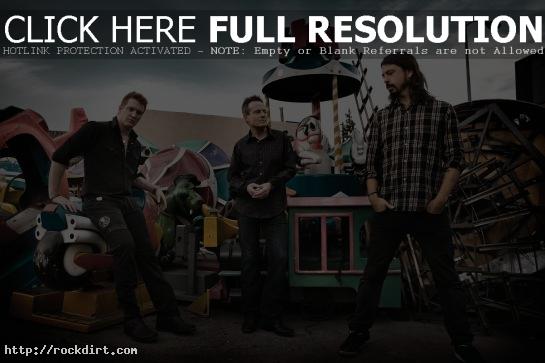 Antiquiet spoke with Them Crooked Vultures singer Josh Homme in Austin, Texas the other day. Josh spoke about how “musical safety equals death” when it comes to not taking risks, how there are individual and group pressures with a band, TCV being the most secretive project he’s ever been a part of, recording 18 songs so there is material that didn’t make the album, and Foo Fighters bassist Nate Mendel being intrigued by watching a band where Dave Grohl isn’t in charge.

“I think by the nature of it, this is three people interested in the other person’s opinion is,” Josh said. “So there’s no need to run anything. If we’re not careful, it just runs itself and you just gotta play catchup anyhow. I’ve known Dave for a long time, and I always think of how great it is to play with someone that speaks the same language, where you really understand someone else. That’s one of the difficult things in life, to be understood. You get in those moments and you want to hold onto them, because playing is a good way to try and understand each other.”