The Soundtrack Of Our Lives ‘Swim Like a Bird’

The Soundtrack of Our Lives are offering their song ‘Swim Like a Bird’ for free download at tsool.net. Watch performance footage from the Swedish rock band set to the song below.

The Soundtrack of Our Lives ‘Flipside’ Video 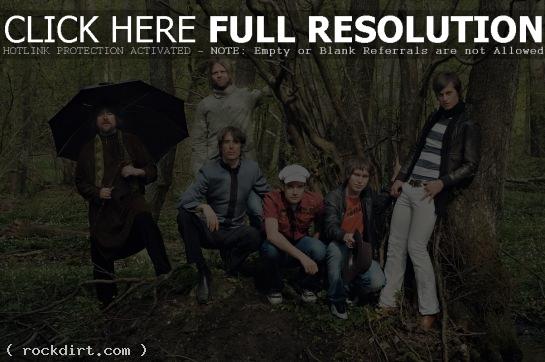 The Soundtrack of Our Lives are out with the video to their new single ‘Flipside’, off the Swedish rock group’s fifth studio album ‘Communion’, out now on Yep Roc Records. Watch it via YouTube below the cut. END_OF_DOCUMENT_TOKEN_TO_BE_REPLACED 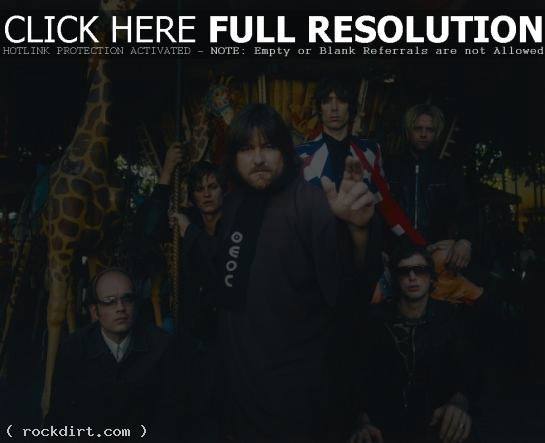 Rock acts on television this week include

The Upper Crust, who perform on ‘The Late Late Show with Craig Ferguson’ (CBS) on Monday.

Bell X1, who perform on ‘The Late Show with David Letterman’ (CBS) on Tuesday.

Soundtrack of Our Lives, who perform on ‘The Tonight Show with Jay Leno’ (NBC) on Tuesday.

Dropkick Murphys, who perform on ‘The Late Late Show’ (CBS) on Tuesday.

Modest Mouse, who perform on ‘The Late Show’ (CBS) on Wednesday.

Pete Wentz of Fall Out Boy, who guest stars on ‘CSI:NY’ (CBS) on Wednesday.

Vampire Weekend, who perform on ‘Late Night with Jimmy Fallon’ (NBC) on Wednesday.

Travis Barker of blink-182, who appears on ‘Larry King Live’ (CNN) with DJ AM to discuss the plane crash that almost killed them on Thursday.

The Duke Spirit, who perform on ‘Jimmy Kimmel Live’ (ABC) on Thursday.

Chris Cornell, who performs on ‘The Tonight Show’ (NBC) on Friday.

Soundtrack Of Our Lives ‘Passing Through Fear’ Video 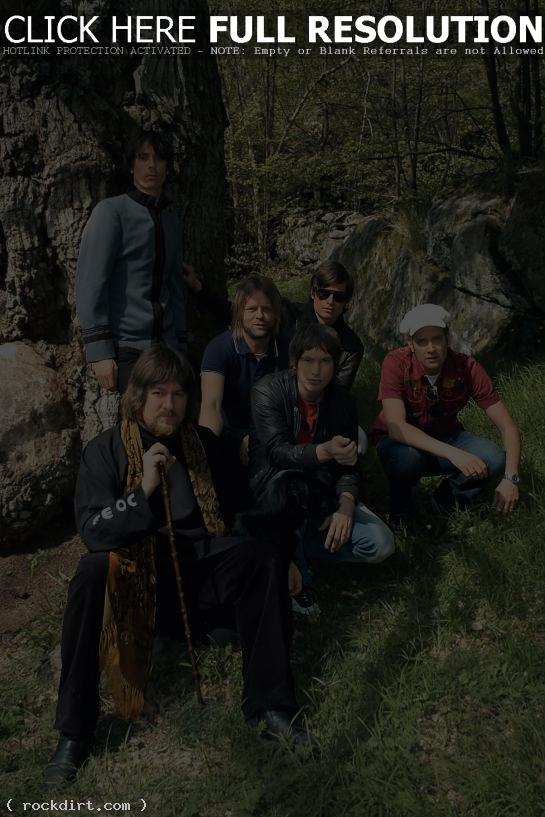 Soundtrack Of Our Lives are out with the video to their new single ‘Passing Through Fear’. Watch it via YouTube below the cut. END_OF_DOCUMENT_TOKEN_TO_BE_REPLACED

Kaiser Chiefs And The Soundtrack Of Our Lives At SXSW 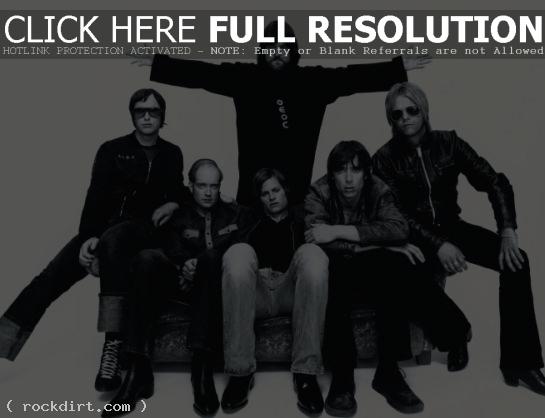 Kaiser Chiefs and The Soundtrack of Our Lives were on hand at Austin’s Waterloo Records as part of the South By Southwest Festival (SXSW) on Thursday (March 17) in Austin, Texas. Check out pictures from GettyImages.

Soundtrack Of Our Lives Happy To Play U.S. Clubs 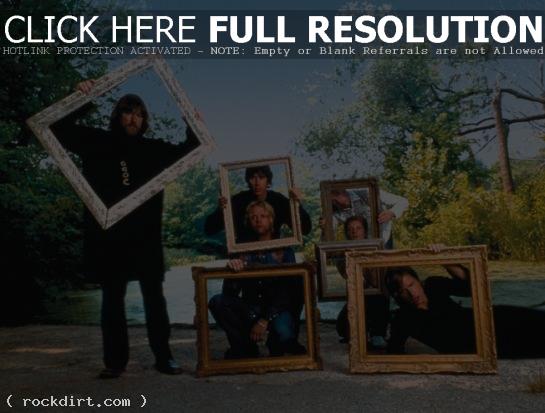 Hip Online recently chatted with The Soundtrack of Our Lives frontman Ebbot Lundberg and asked the Swedish rockers if they felt like they were starting over in the U.S. playing clubs. “Not really. I love to get out and experience all the cities and this country,” he said. “It’s very exciting. But sometimes we don’t really pay attention and aren’t in the right mood, but right now there is such a positive energy going through the whole band and we are enjoying it more than we used to. We could play in the streets and be happy.” Check out the entire interview here.

The Soundtrack Of Our Lives Always Riveting 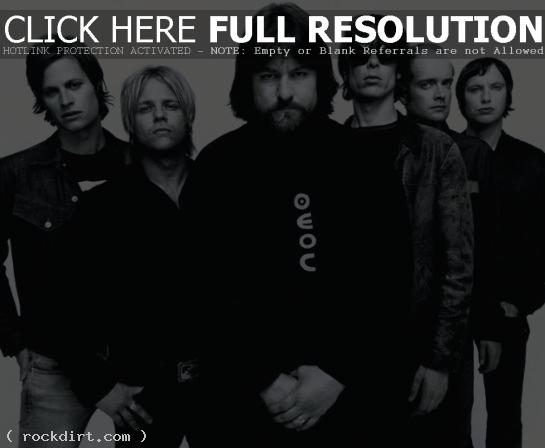 Brian Orloff of the Chicago Sun-Times reviewed the Soundtrack of Our Lives concert Tuesday at the Metro. Orloff said, “Much of the show swelled with a turgid energy; songs shape-shifted, never hewing to the same tempo for long. The music would sometimes meander because of the band’s predilection for smoky detours through craggy, Pink Floyd-influenced soundscapes, and Lundberg’s deep croon would get lost in the maelstrom. Nevertheless, the show was always riveting.” Suntimes.com has since removed the article.

Soundtrack Of Our Lives Perform At Irving Plaza 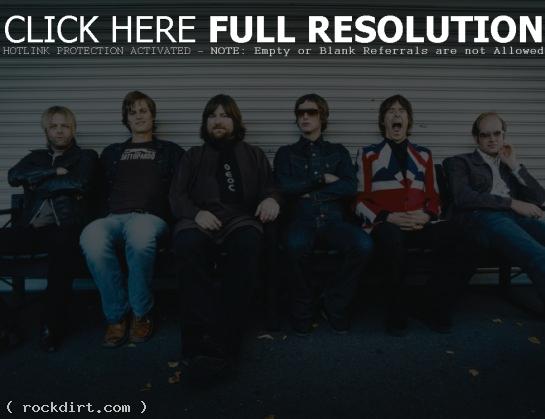 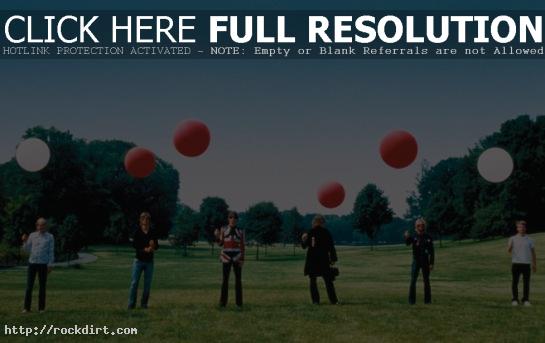 Rock acts on talk television this week include D4 on the Late Late Show with Craig Kilborn on Monday. On Thursday, several acts make appearances: Motley Crue frontman Vince Neil is on Live with Regis and Kelly, Zwan performs on the Late Show with David Letterman, Tonic appears on the Tonight Show with Jay Leno, and Soundtrack of Our Lives appears on Last Call with Carson Daly. On Friday, look for Kid Rock and Sheryl Crow on the Tonight Show, and Interpol on Last Call.