The Libertines Talk About Reuniting

The Libertines have reunited and spoke with NME TV about how it’s been going. “Everything seems to be quite normal, natural,” Pete Doherty says. “I’m very excited to be honest. It’s actually been quite an experience.” Carl Barat added, “Being in a band, it can be quite constrictive. I think if the Libertines hadn’t done what they did, then it was just gonna be a powderkeg. Everyone has to grow and evolve in their own ways, and if you can do that and stick it back together, and still have something to offer, then it’s a really good place.” Watch the band interview via YouTube below.

Carl Barat Moving On From The Libertines

Carl Barat believes the release of Dirty Pretty Things’ debut single ‘Bang Bang You’re Dead’ is the final nail in the Libertines’ coffin. “I hope our record draws a line under the past and shows that I’m now moving on,” he tells The Sunday Mail. “Whether it does is another thing, because of all this mythology about the Libertines. I suppose it’s possible [Pete Doherty] and I will work together again and I would like that to happen but we’re not really in touch at the moment.”

The Sun reports that The Libertines guitarist Carl Barat has been told by doctors that he will need an operation to remove a tumour behind his ear. “Fortunately it’s not too serious health-wise – but Carl’s definitely not had the best luck,” a source said. Barat booked an operation for the end of this month, and, as the source pointed out, “this means he won’t be able to start a new project any time soon.”

Radio 1’s Steve Lamacq met separately with Pete Doherty and the other band members of his ex-band to find out the full story behind The Libertines current situation. In a revealing and emotional documentary, find out exactly what’s been going on between Carl Barat and Pete and whether there is a chance of ever seeing the whole band together again.

The “One Music” documentary at bbc.co.uk/radio1 has since been removed.

The Libertines Move On Without Pete Doherty

It has been a roller coaster year for The Libertines. When guitarist/singer Pete Doherty left they had to pull out of the Glastonbury music festival for the second year running. “It was a bit disappointing last year, because when we had to cancel in the face of adversity; this year we had to cancel because someone busted out from rehab in Thailand,” frontman Carlos Barat told Australia’s Beat magazine. Luckily the band have decided to soldier on without their charismatic guitarist.

Kasabian Aims To Knock Off The Libertines 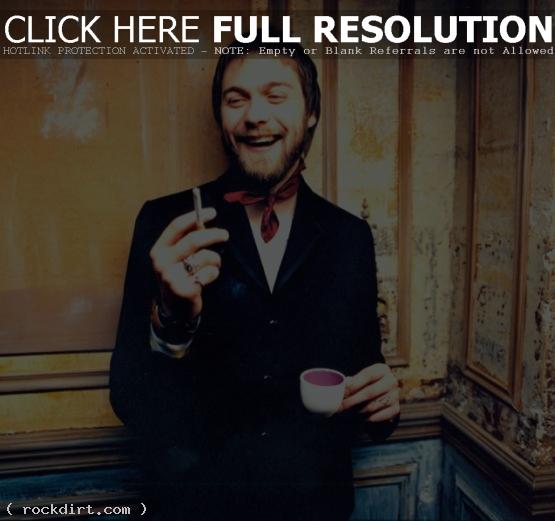 Vocalist Tom Meighan of Kasabian tells The Mirror that the band’s new album will knock The Libertines off the top of the UK charts. “We’re gonna strike a blow for rock’n’roll,” he said. “The Sex Pistols, Rolling Stones, Led Zeppelin and Oasis – we’re in that line.”

Even Libertines Have Limits

After completing their latest self-titled CD, Libertines frontman Pete Doherty was so sick and unpredictable due to his heroin addiction, they decided to kick him out temporarily. In the meantime, second singer Carl Barat has been handling the mike. “It’s not much fun,” Barat tells The New York Daily News. “It’s very hard to push away someone you love.” Even after all this, Barat insists Doherty still can come back to the band if he cleans up. Every so often Doherty plays with his newly formed group Babyshambles — to get drug money, say his old bandmates. He has not spoken with Barat for several months. The full article at nydailynews.com has since been removed or relocated.

The Sunday Mirror reports Pete Doherty was so desperate to patch things up with his old Libertines bandmates that he turned up at Reading uninvited in the hope of a dramatic stage reunion, only to discover he was banned from the backstage area on the orders of the group’s management. “Pete knows that if Carl sees him in the flesh and he’s not off his face he’ll be back on stage with them where he should be,” an insider said, referring to the band’s frontman Carl Barat. “There is a strong bond between them, despite what’s happened. But Libertines bosses will do whatever they can to stop that from happening. That’s why they told the festival organizers that Pete can only be allowed to mix with the ordinary punters in the mud.”