Jarrod Gorbel is out with the music video to his new single ‘Ten Years Older’, the title track off the former Honorary Title frontman’s EP, out now. “It’s about the passing of time, the sudden realization and reflection on your past,” Jarrod tells AOL Music. “It’s also based off a lot of people close to me and their downward spiral. The directors had done other music videos and documentary work that I liked. And we all came to the table with some ideas of what we wanted this video to portray. After a bit of back and forth, we decided to juxtapose the free lives of the young with the constrained dark lives of the old and marry them somehow. It became a depiction of the old not giving in, not throwing in the towel and re-embracing life. We wanted this video to evoke a feeling while hearing the song more than tell a specific narrative.” Watch it below.

In celebration of Valentine’s Day, Jarrod Gorbel from The Honorary Title sent out a message of love as he struggled at the piano trying to write the next great love song. Watch it via YouTube below. 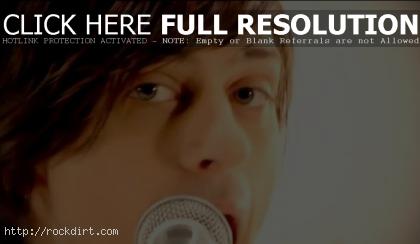 The Honorary Title are out with the video to their new single ‘Stuck At Sea’, from the Brooklyn, New York indie rock band’s second album ‘Scream and Light Up the Sky’, out now on Doghouse Records. Watch it below.

The latest Warner Bros. Records act to take part in the theme for 2008, best and worst of 2007, and Samsung phone future desires. This one features The Honorary Title frontman Jarrod Gorbel in leotards! Watch it below.

END_OF_DOCUMENT_TOKEN_TO_BE_REPLACED

The Honorary Title’s ‘Everything I Once Had’ Video

The Honorary Title are out with the video to their new single ‘Everything I Once Had’, from the album ‘Anything Else But The Truth’. Watch it online below.

May 10, 2005 rockdirt Multimedia No Comments

Gabe Andruzzi of The Rapture, Jarrod Barbel of The Honorary Title, and Ambulance, LTD were on hand at ELLEgirl’s 2nd Annual Music and Fashion Party to Celebrate “50 Hottest Rockers” Issue on December 9th at Angel Orensanz Foundation in New York City. Check out pictures from FilmMagic, GettyImages, and WireImage. 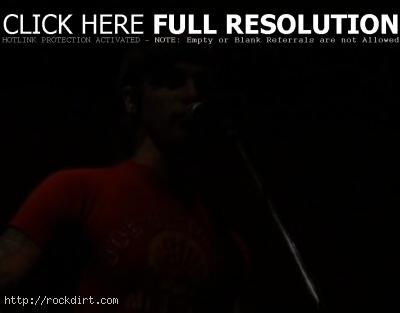 The Honorary Title are out with the music video for ‘Bridge & Tunnel’, from the debut album ‘Anything Else But The Truth’. Watch it online below.