The Cure ‘It’s Over’ Live Video

NME posted Highlights of The Cure in action at the magazine’s Big Gig 2009 on February 26th at London’s O2 Arena, featuring the Robert Smith led group performing ‘It’s Over’. Watch it via YouTube below.

NME has highlights of Blur, The Killers, Muse, MGMT, The Cure and more a 2-part highlight clip from the Shockwaves NME Awards 2009 on February 25th. Watch the videos below.

NME spoke with Robert Smith of The Cure on the red carpet of the Shockwaves NME Awards 2009, who picked up the 2009 Godlike Genius award. The mainman joked next year he’d like to get the nod again for his solo work, but wouldn’t commit to a serious choice to stay out of trouble. “It depends tonight. It depends who’s nicest to me,” Smith said. He also talked about what fans can expect at tonight’s Big Gig takes at London’s O2 Arena, where they’re headlining. Watch the interview below.

On TV: Fall Out Boy, The Cure, Staind

Fall Out Boy, who perform on ‘The Late Show with David Letterman’ (CBS) on Tuesday and ‘Jimmy Kimmel Live’ (ABC) on Friday.

Relient K, who perform on ‘The Tonight Show with Jay Leno’ (NBC) on Tuesday.

Fleet Foxes, who perform on ‘Late Night with Conan O’Brien’ (NBC) on Tuesday.

The Cure, who perform on ‘Jimmy Kimmel Live’ (ABC) on Tuesday and ‘Last Call with Carson Daly’ (NBC) on Thursday.

Melissa Etheridge, who performs on ‘The View’ (ABC) on Tuesday and ‘The Bonnie Hunt Show’ (Syndicated) and ‘The Tonight Show’ (NBC) on Friday.

Broken Social Scene, who perform on ‘The Late Show’ (CBS) on Wednesday.

Staind, who perform on ‘The Tonight Show’ (NBC) on Wednesday.

Death Cab for Cutie, who perform on ‘The Late Late Show with Craig Ferguson’ (CBS) on Wednesday.

Panic at the Disco, who perform on ‘Last Call’ (NBC) on Wednesday.

The Fray, who perform on ‘Jimmy Kimmel Live’ (ABC) on Wednesday.

The All-American Rejects, who perform on ‘Jimmy Kimmel Live’ (ABC) on Thursday.

Plain White T’s, who perform on ‘The Ellen DeGeneres Show’ (Syndicated) on Thursday. 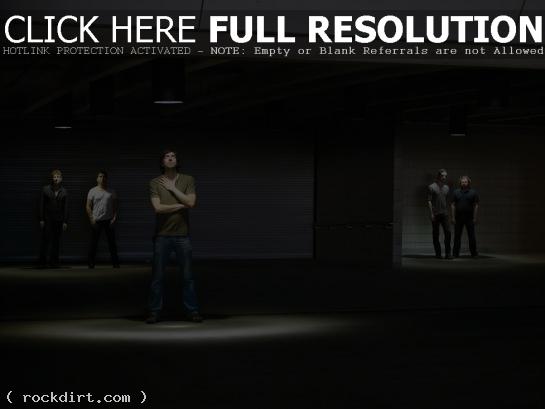 The Cure performed at the Ultra Music Festival held at Bayfront Park on March 23rd in Downtown Miami, Florida. Check out pictures from GettyImages. 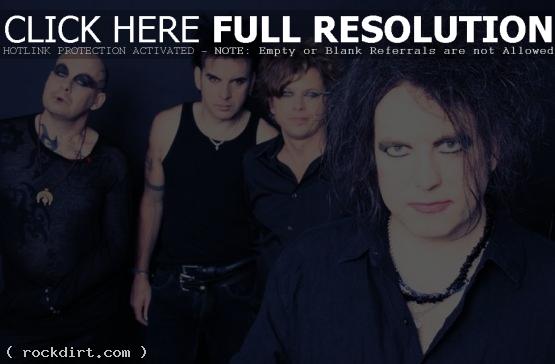 The Cure frontman Robert Smith tells Reuters he’s struggling to come up with lyrics to some of the 33 new songs the band has recorded for its 14th studio album. “I want them (the words) to mean something, it’s not enough that they rhyme,” Smith explained in a recent interview. “I find myself stopping short and thinking I’ve done this before, and better. I’ve given myself a deadline to finish the words before Christmas. If I don’t I should be shot.” Yahoo.com has since removed the full article.

The Cure Perform In London

The Cure played The Royal Albert Hall in London, England in aid of Teenage Cancer Trust, organised by charity Patron Roger Daltrey and Harvey Goldsmith, on Saturday (April 1). Check out pictures from FilmMagic, RexFeatures, and GettyImages.

‘American Idol’ finalist Constantine Maroulis were on hand for Design For The Cure 2005 on October 2nd at Hotel Casa Del Mar in Santa Monica, California. Check out pictures from FilmMagic and WireImage.