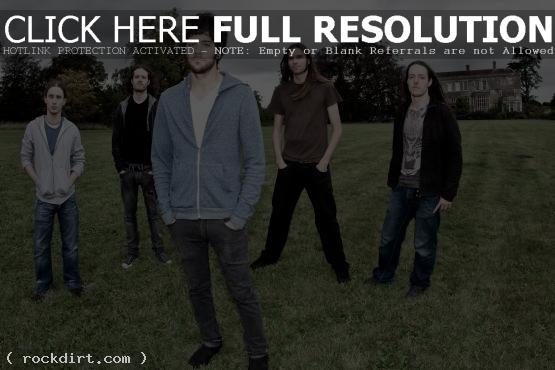 We decided to cover ‘Dream Brother’ (originally by Jeff Buckley) for an acoustic session in New York. Myself and Acle spent ages looking at different tracks. I think we entertained ‘Tear Drop’ by Massive Attack, ‘Thin Air’ by Anathema, and many more. But ‘Dream Brother’ just fits Tesseract very well. Plus it is one of our collective favourite tracks. It’s always a risk working with a track that you love, but we feel we did it justice. It’s a great showcase for the musicianship in Tesseract, and the deep emotive power that Elliot has added to the band since he joined.

The five song digital only ‘Perspective’ EP features ‘Eden 2.0’, acoustic versions of three tracks – ‘Perfection’, ‘April’ and ‘Origin’ – from the band’s debut album ‘One’, plus the aforementioned cover of Jeff Buckley’s classic ‘Dream Brother’. As a bonus, iTunes will offer instrumentals of all the songs on the EP.

May 12, 2012 rockdirt Multimedia No Comments

TesseracT To Release Acoustic EP ‘Perspective’ On May 22nd 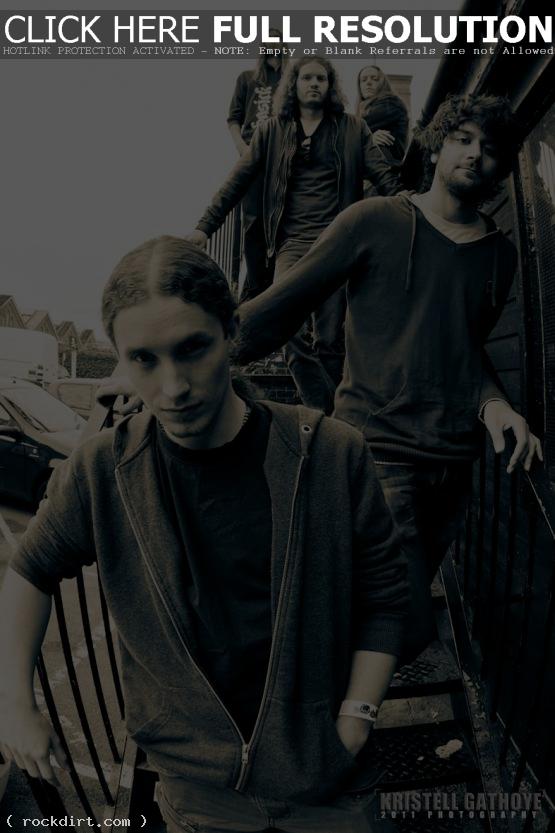 Progressive-metallers TesseracT have announced details to their acoustic EP ‘Perspective’, which is set for a release in North America on May 22nd and a European release on May 21st. The five song EP features ‘Eden 2.0’, acoustic versions of three tracks from the band’s debut album, ‘One’, plus a cover of Jeff Buckley’s classic, ‘Dream Brother’. As a special bonus, the iTunes version will contain instrumentals of all the tracks.

A trailer for Perspective was recently released, featuring audio clips from all the songs on the EP. The trailer can be seen via YouTube below.

TesseracT are out with the music video to their new single ‘Eden’, featured on the newly re-recorded version of the band’s debut album ‘One’ with new vocalist Elliot Coleman. Watch the Ganesh Rao directed video via YouTube below.

TesseracT bassist Amos Williams remarked, “We’d like to take this opportunity to introduce somebody special, Elliot Coleman. Some of you may know him as a member of Zelliack, Sky Eats Airplane and Of Legends, or maybe from OMNOM, or Haunted Shores. Well now he’s part of TesseracT! We’re very excited about working with Elliot as we feel he has a great talent and personality, as well as, and most importantly a voice that transcends the norm and continues the TesseracT tradition of taking things to the next level.”

Elliot made numerous appearances with Haunted Shores and a guest spot on Periphery’s track ‘Race Car’. His most recent work was as a bassist for Washington DC tech metallers Of Legends.

As a passionate vocalist, Coleman jumped at the chance to front the British band, who released their debut album ‘One’ back in March. “I’m very much excited to be a part of the juggernaut that is TesseracT,” he said. “I know I have big shoes to fill as Dan is a fantastic vocalist, but i’m confident that we’ll be producing some great new music in the coming year and i’ll be adding some new flavours to this ever evolving machine” 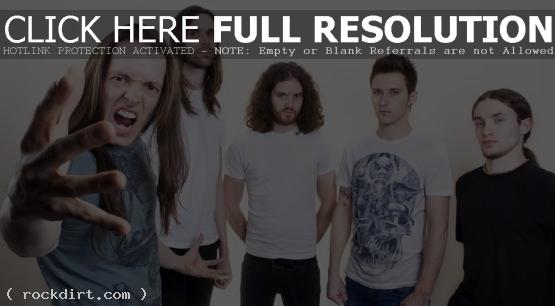 While they have a break from the road, Tesseract have decided to begin work on a new music video for the track ‘Eden’, which appears on the band’s debut album ‘One’. In association with Escape Plan Productions, ‘Eden’ will feature the artistic vision of director Ganesh Rao and director of Photography Jonny Greenwald. In regards to their new music video, bassist Amos Williams commented:

We like to keep a close eye on what’s happening in the underground and the scene from which we were born. One day a jaw-dropping, stunning video appears on Got-Djent.com. I mean beautiful, cinematic, and emotive. Ganesh Rao created not only a great example of ‘djent’ with his entirely self created Empyrean project, but as director of the video, made something that has truly risen the bar for independent creators. Now, as it happened we were looking for a director to work with us for our upcoming video for ‘Eden’, so it was a no-brainer to approach Ganesh to try and make it happen. We’re very excited to see what we can create together. The hope is that it’s a piece of art, not a bullshit piece of marketing that does nothing but to self serve and ego boost the band. A lasting composition that can be enjoyed both visually and aurally. It won’t be MTV, but like all things Tesseract, it should be intense, emotive, and enthralling. 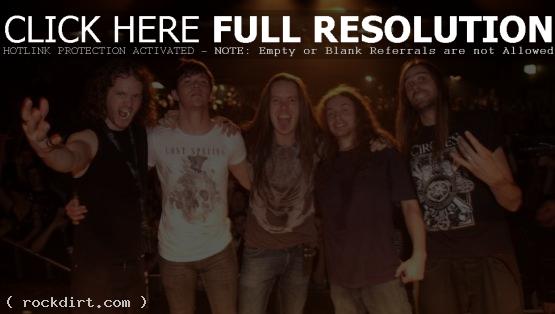 Tesseract have returned to the UK after touring Australia with Periphery in support of their latest album ‘One’, and will resume a road trip that sees the band doing a headlining tour in European in the fall before heading to North American for a trek that begins October 27th in Charlotte, NC. The tour wraps up December 10th in Philadelphia, PA. Check out all the dates below the cut.

Bassist Amos Williams remarked about the Australian leg of their tour, “Australia was a revelation! We won’t lie, it’s not easy to get ‘down-under’. 25 hours trapped in a tin can, hurtling at 600 miles an hour, 40,000 feet in the air over land and sea with nothing but your fellow passenger’s flatulence and airline ‘food’ for company is hell. But the end goal was SO worth it! We were amazed at the response in each town, especially Melbourne. You guys really made the gig amazing.”

“So what’s next for us this year? First, we have a European headliner – the Lowering the Tone Tour 2011, with Chimp Spanner and Uneven Structure. Secondly, we return to the US and Canada this October as part of the ‘Saints and Sinners’ North American Tour. This bill is insane. We’re gonna have to really be on the ball every night as the other two bands are masters of tech. After us will be Animals As Leaders. Tosin Abasi and Javier Reyes are probably the most exciting guitarists on the scene today. The pair are like aliens with super human skills and innovative ideas. Then headlining will be Between The Buried And Me… Intense and hugely energetic.”

“We’re so happy to be returning to the US and Canada re-visiting all our North American fans, and hopefully picking up a few new ones along the road!”
END_OF_DOCUMENT_TOKEN_TO_BE_REPLACED