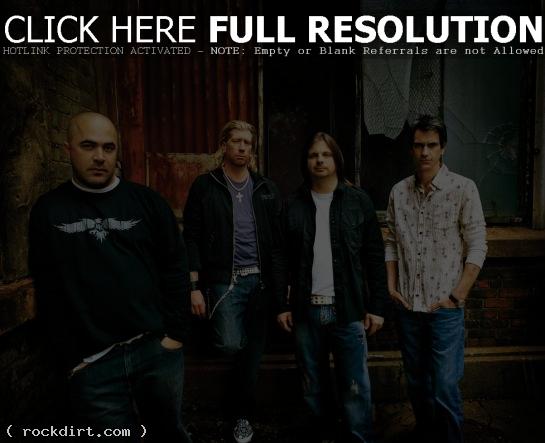 Mike Mushok of Staind checked in with fans on the Springfield, Massachusetts rock band’s official web site on March 6th, talking about a flying nightmare that led the guitarist to can his travel agent. Mike writes:

So here I am sitting in Auckland, New Zealand in the Qantas lounge going on the 8th hour of our layover with 6 more hours to go before we can take off to LA. Do the math…14 hour layover!! OMG!! That was after a 6 1/2 hour flight from Perth, Australia to Auckland. Then we get to fly for 12 hours to LA to sit in LA for 3 another hours before we get on a plane for 6 more hours to New York. Clear customs and then a 2 hour ride home, which I should arrive at 1 am on Thursday morning. I have a degree in electrical engineering so I can do this math… 6 1/2 hours (Perth to Auckland) + 14 hour layover + 12 hour flight (Auckland to LA) + 3 hour layover + 6 hours (LA to NY) + 2 hours home = HELL!!! Oops! nope, 43 1/2 hours of travel. Add in the 3 or so hours we were in Perth and let’s just call it almost 2 days of travel. Get my travel agent on the horn…YOU’RE FIRED!!!

Staind performed ‘All I Want’ and ‘Believe’ live in the Lava Lamp Love Lounge on Q101 in Chicago. Watch both via the station’s YouTube channel below.

Aaron Lewis from Staind talks to NME about reuniting with old friends at Download 2009. “I’ve always heard this is one of the best festivals in the UK if not in Europe,” Lewis said. “They didn’t disappoint this year either. The lineups for all the stages are amazing. To be able to see Limp Bizkit again after all these years is amazing. They’re like our parents in the music business. For Korn and Limp Bizkit and us to all be playing the same day is like a big family reunion. It’s pretty cool.” Watch the comments below.

Staind frontman Aaron Lewis tells ITN he listens to music of ‘Hannah Montana’ star Miley Cyrus when he drives his kids around. “Sometimes it takes me awhile to change the channel though,” Lewis said. “I’ll be driving along and 45 minutes later I’ll be like, ‘Damn, the Disney Channel is still on’.” Watch the comments via YouTube below.

Staind ‘The Way I Am’ Video 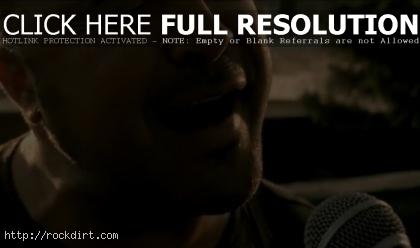 Staind are out with the video to their new single ‘The Way I Am’, off the Springfield, Massachusetts alternative rock group’s sixth studio album ‘The Illusion of Progress’, out now on Flip/Atlantic/Roadrunner. Watch it below.

On TV: Fall Out Boy, The Cure, Staind

Fall Out Boy, who perform on ‘The Late Show with David Letterman’ (CBS) on Tuesday and ‘Jimmy Kimmel Live’ (ABC) on Friday.

Relient K, who perform on ‘The Tonight Show with Jay Leno’ (NBC) on Tuesday.

Fleet Foxes, who perform on ‘Late Night with Conan O’Brien’ (NBC) on Tuesday.

The Cure, who perform on ‘Jimmy Kimmel Live’ (ABC) on Tuesday and ‘Last Call with Carson Daly’ (NBC) on Thursday.

Melissa Etheridge, who performs on ‘The View’ (ABC) on Tuesday and ‘The Bonnie Hunt Show’ (Syndicated) and ‘The Tonight Show’ (NBC) on Friday.

Broken Social Scene, who perform on ‘The Late Show’ (CBS) on Wednesday.

Staind, who perform on ‘The Tonight Show’ (NBC) on Wednesday.

Death Cab for Cutie, who perform on ‘The Late Late Show with Craig Ferguson’ (CBS) on Wednesday.

Panic at the Disco, who perform on ‘Last Call’ (NBC) on Wednesday.

The Fray, who perform on ‘Jimmy Kimmel Live’ (ABC) on Wednesday.

The All-American Rejects, who perform on ‘Jimmy Kimmel Live’ (ABC) on Thursday.

Plain White T’s, who perform on ‘The Ellen DeGeneres Show’ (Syndicated) on Thursday.

Staind ‘All I Want’ Video 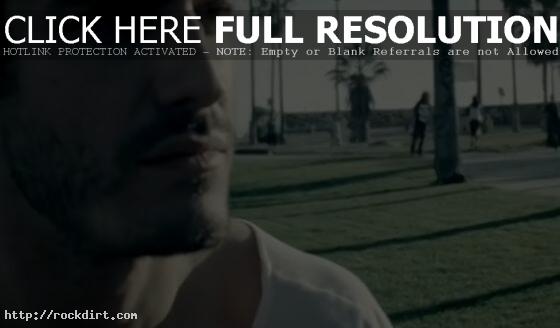 Staind are out with the video to their new single ‘All I Want’, off the Springfield, Massachusetts alternative rock group’s sixth studio album ‘The Illusion of Progress’, out now on Flip/Atlantic/Roadrunner. Watch it below.

Aaron Lewis and Mike Mushok of Staind checked in with fans on their YouTube channel to announces their UK tour in January and February. “Come see us play, because we suck,” Mushok joked. Watch the message below. 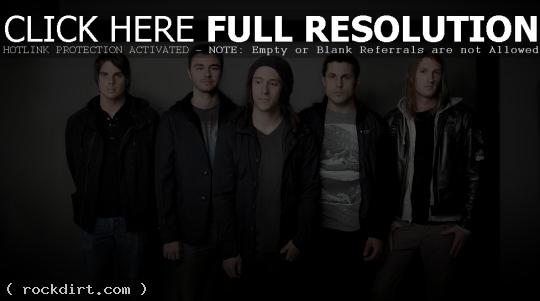 Staind Update On ‘The Illusion Of Progress’ Promo 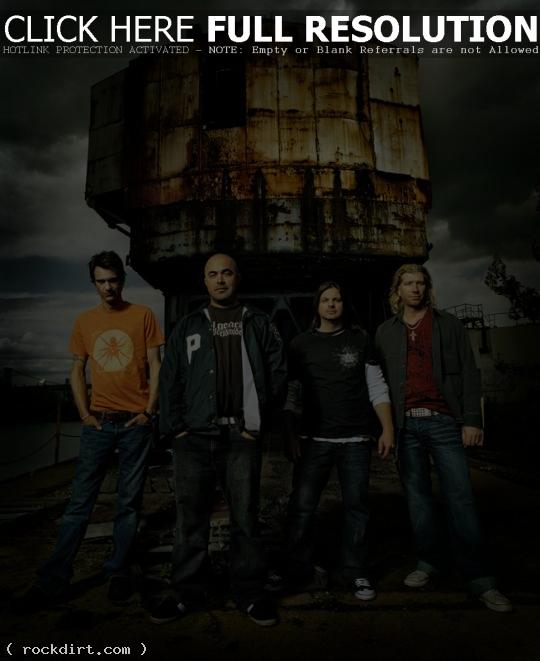 Mike Mushok of Staind posted a video update on the band’s YouTube channel from Minneapolis, recapping promotions in New York City and the week of release for their new album ‘The Illusion of Progress’. Aaron Lewis and Mike were then seen visiting the Virgin Megastore in Times Square to buy the CD before going to the Hard Rock to perform a live set. The video at YouTube has since been removed.