Billboard.com caught up with Spiritualized frontman Jason Pierce to talk about their new album ‘Amazing Grace’. Learning the songs in the studio, Spiritualized recorded 12 songs for the new album at a pace of one per day, with minimal overdubs and post-production, resulting in the group’s most visceral album yet. Pierce has always been enamored with the live-music experience — “it’s always 10 times better seeing something live than listening to a record,” he said.

Spiritualized In State Of ‘Grace’

Spiritualized has set a Sept. 9 release date for its latest album, ‘Amazing Grace,’ which will be released in the U.S. on frontman Jason Pierce’s own Spaceman label through the Sanctuary Group. 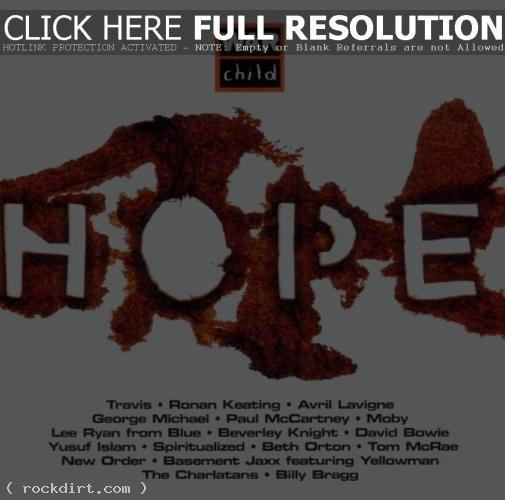 The Mirror is teaming up with the War Child charity to promote a fundraising CD for Iraqi children, which will feature exclusive recordings from musicians including The Charlatans, Spiritualized, and Travis. ‘Hope’ will be released on Monday (April 21) with all proceeds going to child victims of the war in Iraq. 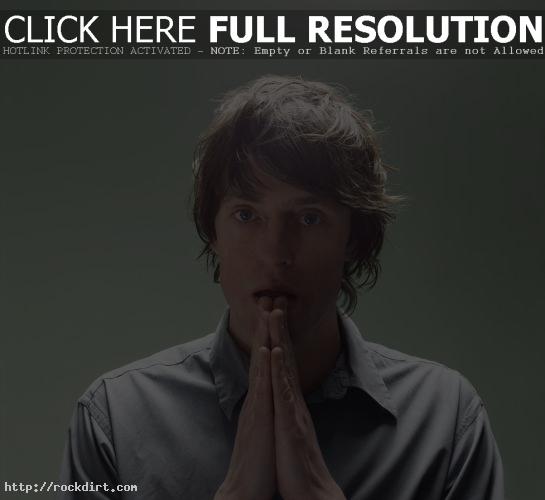 Mike Doherty of Chart Attack spoke with Spiritualized frontman Jason Pierce and asked if he’s conscious of trying to push the boundaries with his own music. “Always. It’s not about just going through what you know, and going over what you know,” Pierce responded. “There’s a line I always say: ‘It’s about going way beyond my expectations.’ And the ‘my’ is quite important in that sense. That’s ’cause I think people confuse that with going beyond their wildest dreams, or their expectations of what the next Spiritualized is going to be. You can’t treat other people like that.” Chartattack.com has since removed the article.

NME.com reports Spiritualized have delayed work on their next album so drummer Kevin Bales can recover from leukaemia, but their UK festival dates at Gig On The Green and Reading and Leeds will still go ahead. Six By Seven drummer Chris Davis will be Bales stand-in.

Jason Pierce of Spiritualized spoke with Chart Attack about how he’s bemused by the reporters he’s been talking to about the new seven-piece Spiritualized incarnation. “They keep saying ‘stripped down,'” he relates. “‘Scaled down’ is the other one, like we scaled down the music. But I keep having to say, the more instruments that you add to the music doesn’t necessarily make it bigger: It just makes the component parts smaller.” Chartattack.com has since removed the article.

May 9, 2002 rockdirt Uncategorized No Comments

Well Buddyhead put out their first meaningful gossip update in about two months on Thursday. Included in the update is news of Slash, Duff, and Izzy starting up a new band together soon, minus Axl of course. Also in the update, dirt on Weezer and how their hit ‘Hashpipe’ was originally written by a band called The Shods, as well as their thoughts on Coachella – disappointing. They also got to check out ‘Official New York Spiritualized After Party’, which had an all-star guest list of Gideon Yago, Todd Bridges, Leah Cary, and the entire cast of Friends.

May 4, 2002 rockdirt Uncategorized No Comments

Spiritualized Rocks Without Pretense Or Indulgence

Jim Farber of the New York Daily News reviewed the Spiritualized show at the Beacon Theatre on Wednesday, lauding the group’s frontman Jason Pierce. Farber opined, “So he’s not a sentimentalist. Pierce has found romance in the inner life. He makes progressive rock without pretense or indulgence. Anyone pining for top Floyd, or even early Dead, should drop out (from ordinary pop) and tune in.” The full article at nydailynews.com has since been removed or relocated.

Pierce Says There’s Nothing New To Say In Music

John Nova Lomax of the Houston Press chatted with Spiritualized’s Jason Pierce who says he doesn’t want to be called a musical prophet. “So much music is people copying each other’s ideas. There’s pretty much nothing new to say,” he says. “And it’s always coupled with the bullsh** lines that make artists seem like visionaries, like they’re on to something new when they say, ‘This is from the heart’ or ‘Music just floats in the ether and I just catch it.'”

Aaron M. Fontana of Entertainment Today spoke with Spiritualized frontman Jason Pierce about the band’s challenge and responsibility in touring. “The thing about touring is that it constantly evolves,” says Pierce. “We’re not going out like some dumb cabaret and just going through the motions of saying ‘hey, here’s the guitar as you know it from the record.’ This whole thing evolves and gets more electric, more exciting, more realized.” Ent-today.com has since shut down.