Sloan ‘All Used Up’ Video 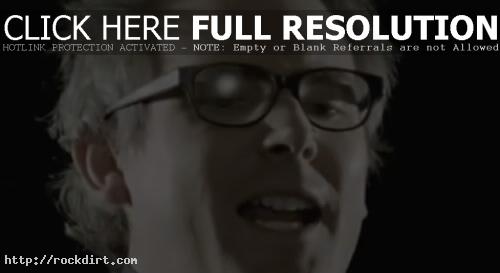 Sloan are out with the video to their new single ‘All Used Up’. Watch it online below.

Sloan ‘The Rest Of My Life’ Video

Sloan are out with the video to their new single ‘The Rest Of My Life’, from their latest album ‘Action Pact’. Watch it via Yahoo! Music below.

No High Commercial Expectations For Sloan

Sloan stars Chris Murphy and Patrick Pentland spoke with the Toronto Star and were quick to point out that, despite their “elder statesmen” status, heightened commercial expectations for ‘Action Pact’ aren’t high.”There are groups who started off at the same time us as who got really, really big and sold upwards of 900,000 records or something,” says Murphy. “We’ve never gone platinum, so we always have something to strive for, even though our sales probably reached their peak in 1996. We’re more of a fan-base band.”

On previous albums, Sloan had always been an “anything goes” kind of band. For ‘Action Pact’, however, they were searching for cohesion, and producer Tom Rothrock helped them choose the best songs – no matter who wrote them. “We reached an agreement, which you could argue is perfect democracy,” singer Chris Murphy tells Shannon McCarthy of Get Real Detroit. “We tried to write as many songs as we could because we weren’t going to have three songs each [for ‘Action Pact’]. We were going to pitch our songs to the producer and let him decide.” Getrealdetroit.com has since removed the article.