Slash visited Walmart Soundcheck to perform tracks from his new solo album, ‘Apocalyptic Love’. The former Guns N’ Roses guitarist also discussed the making of the record, the power of playing live, and love on the eve of the apocalypse. Slash was joined by Myles Kennedy and The Conspirators for a six track performance of the tracks ‘Ghost’, ‘Mean Bone’, ‘Back From Cali’, ‘Standing In The Sun’, ‘Starlight’ and ‘You’re A Lie’.

“When I was making my last solo record, it was a collaboration with a dozen or more singers,” Slash explained. “It was sort of a project that I put together. During the process of making that record, I had two songs that I couldn’t think of who should sing these two songs, out of all the known singers. Then I thought, ‘There’s that Myles Kennedy guy, and he’s supposed to be really, really good. So I contacted him, and the first song that he sang was a song called ‘Starlight’, and I was completely floored when he sang that. I sent him the music and he sent back a demo with the vocals on it. So I flew him to Los Angeles, and when he and I met, we just hit it off right away. Very down to earth, laid back, with this brilliant voice and these great lyrics. So we definitely hit it off and then he did another song called ‘Back From Cali’, and at that point I asked if he wanted to do the tour that I was going to do to sort of support the album, and it was going to encompass my whole catalog, from Guns N’ Roses, Snakepit, Velvet Revolver and the whole diverse, solo record thing with all the different sings. I had a gut feeling he was the only person that could do that. I asked him if he wanted to do the tour and he accepted. Miles and I started writing on the road, and when the tour was over we got together and sort of fine tuned all this material and went in the studio and banged it out.”

The live set and interview can be viewed at soundcheck.walmart.com. Check out a clip of the interview with Slash discussing ‘Apocalyptic Love’ via YouTube below. View additional photos from the appearance after the cut.

END_OF_DOCUMENT_TOKEN_TO_BE_REPLACED

May 28, 2012 rockdirt Multimedia, Photos No Comments 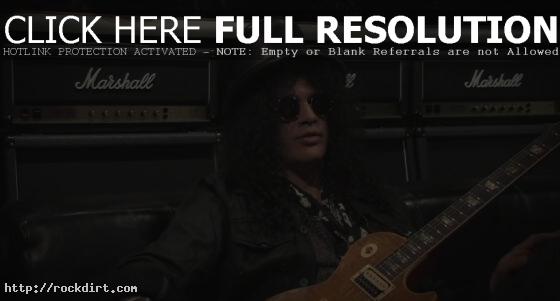 State Line Empire are out with their new single ‘Drive Me’, which features Slash on guitar. As the winners of Guitar Center’s Your Next Record with Slash, the groundbreaking unsigned artist discovery program, the San Mateo outfit recorded a 4-song EP with iconic producer Mike Clink (Guns N’ Roses, Mötley Crüe, Megadeth) with Slash performing on the lead single ‘Drive Me’. Recorded at The Village and East West Studios in Hollywood, the single will be featured in the iTunes rock section and distributed by TuneCore. Watch a preview of the track via YouTube below.

After sifting through more than 12,000 entries, Slash and Mike Clink handpicked State Line Empire to receive the career-altering opportunity that included a management development deal with ‘The Collective’; a $10,000 Guitar Center shopping spree; new gear; endorsement deals from Ernie Ball Music Man; an opening slot on Slash’s Monster Energy Bash; as well an editorial feature in Guitar World Magazine and promotion from iTunes.

“Guitar Center and I were looking for a great new rock band that hasn’t been able to get a foot in the door otherwise. With State Line Empire, we found that, and this song is very representative of the band,” said Slash “It’s got a great hook. It’s catchy, simple, and not too long – and it just rocks.”

“I thought this was a great opportunity to give someone a leg up in the business,” said Clink. “For this band to be managed by a great company, to have the support of Guitar Center, to have Slash play on the record, and to have my involvement as well – It’s as if you’re getting a major label deal.” 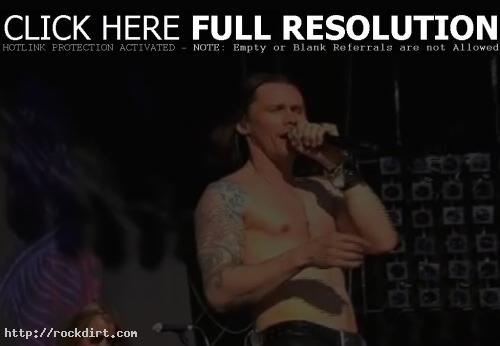 Slash is out with the music video to his new single ‘Back From Cali’, featuring Myles Kennedy, off the former Guns N’ Roses guitarist’s eponymous debut solo album, out now on EMI. Watch it via YouTube below.

Slash Talks With 98.7 FM At The Viper Room

Darren Rose of 98.7 FM interviews Slash at the Viper Room during the 2010 Sunset Strip Music Festival. The ex Guns N’ Roses guitarist talked about picking up a guitar at 15, where his trademark top hat originated from, having no interest in politics, if he has any more collaborative albums in the works, and how they’re still trying to find a new Velvet Revolver singer. Watch the interview via YouTube below.

Slash talked with Fuse On Demand about his first solo album, his relationship with different singers over the years and on his album and his thoughts on Guns N’ Roses. “I just recorded an album with 19 lead singers, and they were all easy to work with and it sort of changed my whole attitude about lead singers in general,” Slash explained, in reference to Axl Rose and Scott Weiland. “I just happened to work with two guys who probably are two of the most amazing rock singers around, but at the same time they’re very idiosyncratic and volatile, but that’s part of their charm, so you can’t really hold it against them but it can make things a little difficult.” Watch the interview via YouTube below. 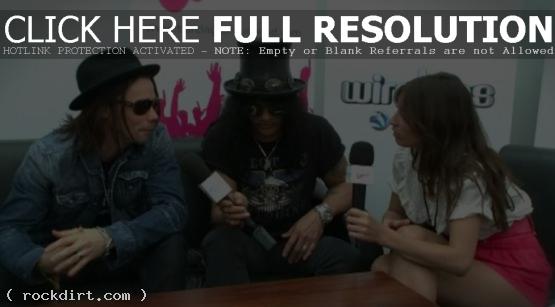 Barclaycard Unwind caught up with Slash and Myles Kennedy backstage at the Wireless Festival in London, England over the weekend. The pair discussed the festival and the beautiful weather, Slash’s London roots, how the British festivals compare to those in America, how Slash doesn’t view this record and tour as a “solo” effort, upcoming tour dates, festival tips for hair, and music they’ve been listening to. Watch the interview below the cut. END_OF_DOCUMENT_TOKEN_TO_BE_REPLACED

Roadrunner Records Italy has footage of a photo session with Slash and photographer Enzo Mazzeo in Milan on June 10th at Palasharp. Watch it via YouTube below.

In the aftermath of the floods that have devastated Nashville and surrounding areas, Gibson Foundation has launched a campaign to aid the victims of this disaster. Watch a video featuring Velvet Revolver guitarist Slash talking about the Gibson Foundation and how to donate – via gibsonfoundation.org or by calling 1-800-444-2766 – below.

May 18, 2010 rockdirt Multimedia No Comments

Slash checked in with his Facebook fans earlier today to relay news about his wife Perla. The Velvet Revolver guitarist writes:

My poor wife has been locked in the bedroom for hrs at our house. A locksmith had to climb in the window to let her out.

I was in the studio of course, unable to be of any assistance. Iiiii|; ),

I didn’t even know we had locks on the bedroom doors. U learn something new everyday.

Perla Hudson Gets Stood Up By Slash On Valentine’s Day 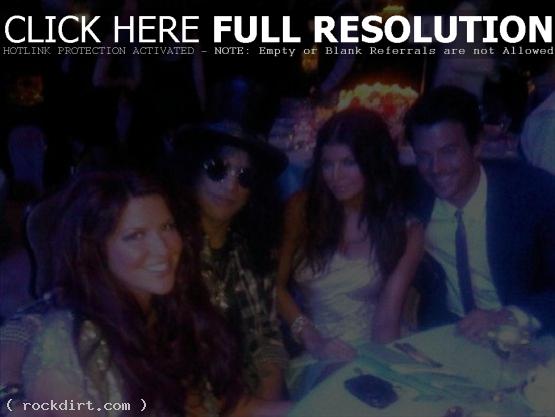 Slash’s wife Perla Hudson wasn’t too happy with the Velvet Revolver guitarist over the weekend, since she was getting stood up on Valentine’ Day. Perla told her Twitter followers (@PerlaFHudson):

Been stood up on vday. Got a hotel for vday and fu**er says he has to go back to the studio. I know music is first but wtf! What about romance
On route to. A titty bar
I’m spending vday giving bitches$ to see their titties