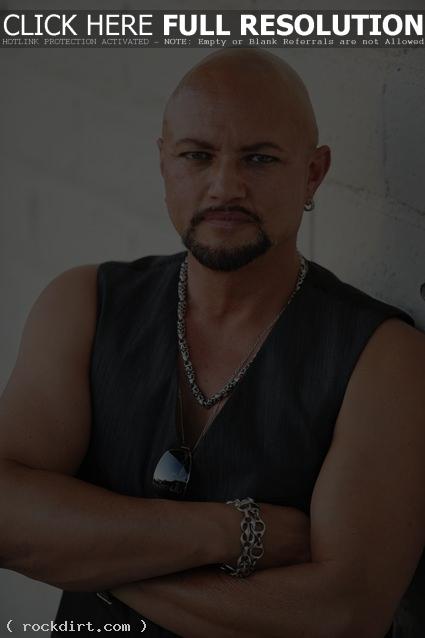 Heaven and Hell, Alice Cooper and Queensryche performed at the Sleep Train Pavilion on Sunday (September 30) in Concord California. Check out pictures from GettyImages.

Ronnie James Dio of Heaven & Hell and Queensryche posed for portraits backstage at The Bank Atlantic Center on Monday (September 24) in Sunrise, Florida. Check out pictures from GettyImages.

Queensryche members Geoff Tate, Michael Wilton and Mike Stone visited Dallas’ 93.3 The Bone studios on Wednesday (Sepember 27) before their show that night at the Nokia Theater in Grand Prairie. They were at the station to promote their motorcycle ride to raise money for the VH1 Save The Music Foundation, which supports music education programs across the country. Pictures at 933thebone.com have since been removed.

Queensryche performed at the Nokia Theater in Times Square on Thursday (September 21) in New York City. Check out pictures from GettyImages.

Queensryche vocalist Geoff Tate spoke with Time Off magazine about the band’s collaborations with Pamela Moore of Sister Mary and Ronnie James Dio on their latest album, ‘Operation: Mindcrime II’. “I was looking for a way to show how Nikki was experiencing the psychological drama that had a direct link to his past,” Tate said, referring to the central character in the album story’s plot. “It’s that inner voice that I thought would be interesting to be the voice of Sister Mary. I spoke to Moore about the role I had in my mind with Sister Mary, and she really liked the idea too. She helped with a lot of input in regards to what Sister Mary would say to Nikki. Moore is always up for singing and performing. I think it really worked out well. As for Dio, I wanted a really good singer and somebody that has an authoritarian sounding voice for Dr X, and I immediately thought of Dio. He was my first and only choice, really.” The article at timeoff.com.au has since been removed.

Queensryche, Venom, and WASP performed at the 2006 Sweden Rock festival on June 9th in Soelvesborg, Sweden. Chekc out pictures from WireImage.

Alice Cooper, Deep Purple, Queensryche, and Journey performed at Monsters Of Rock 2006 at the Milton Keynes Bowl in Milton Keynes, England on Saturday (June 3). Check out pictures from FilmMagic, RexFeatures, GettyImages, and WireImage.