Korn, Droid, P.O.D., Army of Anyone, Powerman 5000, and Motley Crue bassist Nikki Sixx were on hand for the 2007 Family Values Tour Party at Hollywood Forever Cemetery on April 19th in Hollywood, California. Check out pictures from FilmMagic, GettyImages, and WireImage.

Powerman 5000, Pete Wentz of Fall Out Boy, and Fieldy of Korn were on hand for the Xbox 360 ‘Gears Of War’ celebrity launch party at Hollywood Forever Cemetery in Los Angeles, California on Wednesday (October 25). Check out pictures from FilmMagic, RexFeatures, GettyImages (arrivals / inside), and WireImage (arrivals1 / arrivals2 / inside).

Powerman 5000 are out with the video to their new single ‘Wild World’, from the album ‘Destroy What You Enjoy’. Watch it via YouTube below.

Powerman 5000 took part in a photo session on Thursday (October 21) at House of Blues in Mandalay Bay Hotel and Casino Resort in Las Vegas, Nevada. Check out pictures from WireImage. 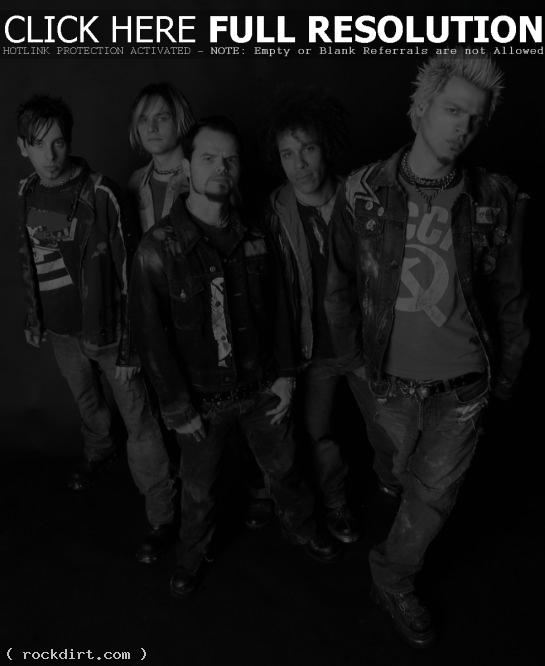 Powerman 5000 To Release Collection Of Rarities 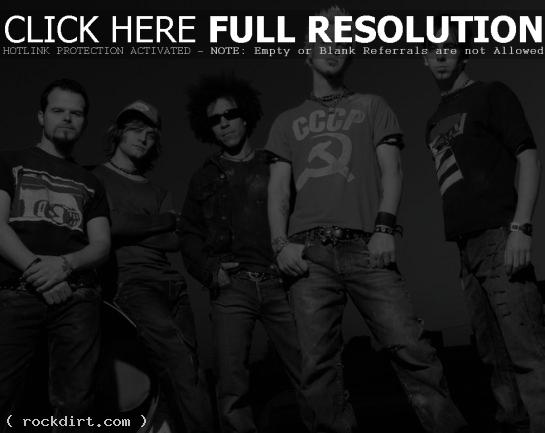 Powerman 5000 are tentatively scheduled to release a collection of rarities later in the year. “With all of this recent down time I have been going through the PM5K archives and have discovered a multitude of rare and many unreleased tracks,” Powerman 5000 frontman Spider One wrote in a recent online posting. “More than enough material for a complete disc. So, plans are now in the works to produce and release a rarities CD spanning the entire history of Powerman 5000, from the very first recordings to stuff tracked only last year!!! Details are currently being worked out, but as of now I believe it will be released on Megatronic possibly as an online only purchase [like we did with ‘Anyone For Doomsday?’]. Exact song selections are being determined now and a release date is still up in the air, but I would love to get this available to you all soon!! So spread the word about this disc, it’s gonna rock!!!…. more info on this and other projects coming soon.”

Blabbermouth.net reports Powerman 5000 are strongly rumored to have been dropped by Dreamworks Records as a result of the disappointing sales performance of the band’s last outing, ‘Transform’, which has shifted only 148,561 copies since its May debut. A representative for the band’s management, The Firm, declined to comment on the latest reports when contacted earlier Thursday. Read more.

Due to business decisions made by Powerman 5000’s record label DreamWorks, the band has been forced to leave the current Mudvayne tour 2 weeks early. “Unfortunately we are being forced to cut it short for business reasons beyond our control” says frontman Spider One in a recent message posted in the Trans-Forum. “This is not a situation we are very happy about at all. Sorry to all who will miss out, I wish it didn’t have to be this way…. but everything will work out one way or another.” 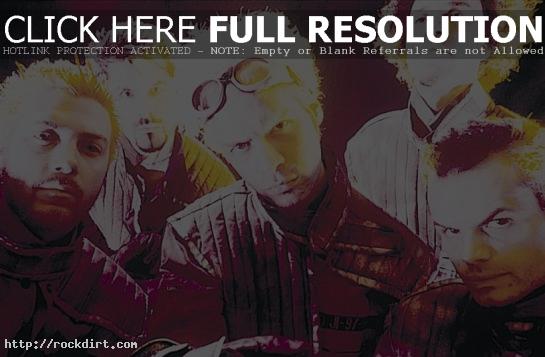 Hip Online caught up with Powerman 5000 frontman Spider One and asked if he thought there was a lack of depth amongst the new crop of bands. “What has happened is that the new generation of bands has maintained the wrong element of the bands they want to emulate,” he said. “The punk rock bands that are around today haven’t maintained the great element of what punk rock was about which was the meaning behind it. They have the sound right, but they aren’t saying sh**. If you put a lyric sheet from Good Charlotte or Simple Plan and put that next to a Backstreet Boy’s lyrics sheet you wouldn’t be able to tell the difference. They sing about their girlfriends, its bullsh**. The Sex Pistols and the Clash sang about ideas and politics, now it’s just about being Southern California goofballs.” Check out the entire interview here.