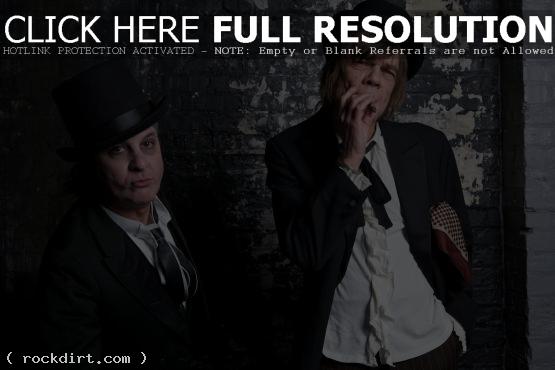 New York Dolls are out with the music video for their new single ‘Fool For You Baby’, the first release from the American rock band’s new album ‘Dancing Backward in High Heels’, out now on 429 Records. Directed by Jeremy Johnstone, the video features original band members David Johansen and Sylvain Sylvain. Watch it via Vimeo below.
Here’s a link to stream/embed the video: 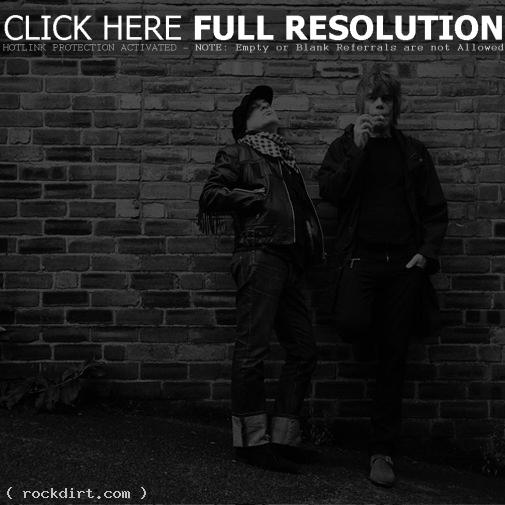 Punk rock pioneers the New York Dolls are set to release their fifth full-length record ‘Dancing Backward in High Heels’ March 15th on 429 Records. Featuring original members David Johansen and Sylvain Sylvain, the album was recorded in Newcastle, England and produced by Louis XIV’s Jason Hill. ‘Dancing Backward in High Heels’ is the follow-up to 2009’s ‘Cause I Sez So’.

New York Dolls, Mumiy Troll, and Brett Anderson were in Beijing, China on Thursday (September 6) to discuss their participation in the 3rd annual Beijing Pop Music Festival, which kicked off in Beijing on Saturday at Chaoyang Park. Check out pictures from ChinaFotoPress.

The New York Dolls performing live in concert at the Metro Theatre in Sydney, Australia on Wednesday (March 28). Check out pictures from WireImage.

The New York Dolls singer David Johansen spoke with Time Off magazine about the three long decades since that passed before the release of their new album ‘One Day It Will Please Us To Remember Even This’. “Playing in this band is kind of like falling off a bicycle – you never forget how to do it, you just kind of jump in and do it,” Johansen laughed. “There’s a film that these guys made about Arthur called New York Doll, and there’s a scene there about the first day we got back together and we just start playing, and the chemistry’s already there. We didn’t have to go anywhere because we were already there. So as far as making the record was concerned, the best kind of headspace to come from was ‘Let’s just be who we fu**ing are, and let’s play the fu**ing music that we fu**ing play, and if people don’t like it – fu** ’em!’.” The article at timeoff.com.au has since been removed.

New York Dolls ‘Gotta Get Away From Tommy’ Video

New York Dolls are out with the video to their new single ‘Gotta Get Away From Tommy’, from the album ‘One Day It Will Please Us To Remember Even This’. Watch it below.

New York Dolls were on hand for an in-store performance and signing at Tower Records in New York City on July 25th. Check out pictures from FilmMagic.

New York Dolls were on hand for a private party on July 28th in Los Angeles, California. Check out pictures from GettyImages.

Converse and John Varvatos launched new menswear and womenswear collections with a performance by the New York Dolls on March 23rd at Xavier High School in New York City. Check out pictures from FilmMagic and WireImage (show / Polaroids).