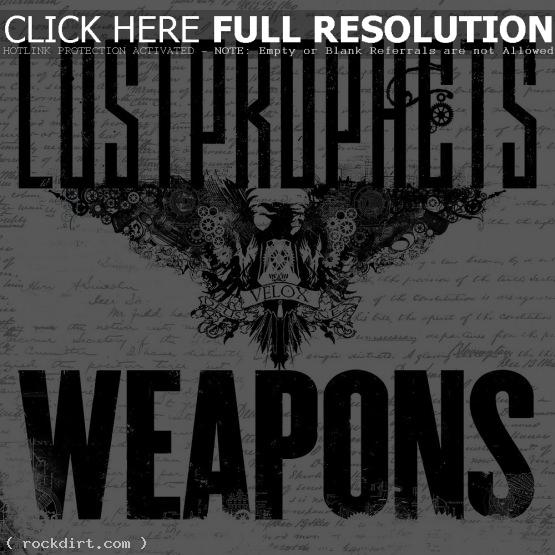 UK Artists Pick Their Album Of The Year For 2010

Kasabian, The Kooks, British Sea Power, Babe Shadow, Wild Beasts, Paul Weller, These New Puritans, Dizzee Rascal, I Am Kloot, Lostprophets, The Villagers, Trash Talk, Naked & Famous and The Foals talked with NME about their favorite albums of the year. Watch it via YouTube below.

Lostprophets Behind The Scenes In Japan

Lostprophets latest tour blog features the band taking over Japan. The Welsh rockers are seen having fun with food, performing, screaming into didgeridoos, and playing videogames. Watch it via YouTube below.

Behind The Scenes With Lostprophets In Australia

Lostprophets filmed and edited a behind the scenes video while on tour in Australia to promote the release of ‘The Betrayed’ in January, and of upcoming third single ‘For He’s A Jolly Good Felon’. Watch it via YouTube below.

Lostprophets are out with the video to their new single ‘He’s A Jolly Good Felon’, the third release from the Welsh rock group’s fourth studio album ”The Betrayed’, out now on Sony Music. Watch it via YouTube below.

On January 19th, Lostprophets held a gig at their old school in their home town, Pontypridd, for the ‘Valleys Homecoming’ initiative. The Welsh rock group played new songs from their fourth studio album ‘The Betrayed’. Watch a clip, featuring comments from the headmaster at Hawthorn Secondary School and its students, as well as footage from the concert, below.

Lostprophets ‘Where We Belong’ Video

Lostprophets are out with the video to their new single ‘Where We Belong’, the second release from the Welsh alternative rock group’s fourth studio album ‘The Betrayed’, out January 18th via Visible Noise. Watch it via Metacafe below.

Lostprophets ‘It’s Not The End Of The World’ Video

Lostprophets are out with the video to their new single ‘It’s Not the End of the World But I Can See It from Here’, the first release off the Welsh alternative rock group’s fourth studio album ‘The Betrayed’, out now on Sony Music. Watch it via YouTube below.

Lostprophets Check In During Rehearsals In Cardiff

Lostprophets checked in from their rehearsal room at Music Box Studios in Cardiff – preparing for Reading and Leeds. “We can’t wait to get out and play for you guys again,” guitarist Mike Lewis said. “It’s been a while now. It’s been too long. You guys can hear all the new stuff. Not all the new stuff, but some – a good sample, platter of our new record.” Watch the clip via their YouTube channel below.

Ian Watkins and Mike Lewis of Lostprophets checked in with fans on their YouTube channel while taking a break in Los Angeles. The band said the new album is “now finished” and Ian said he’s “really really happy, really proud” of the record because they did it themselves without outside influences. “This is who we are, completely untouched.” Watch the message via YouTube below.

May 29, 2009 rockdirt Multimedia No Comments