Grand Opening Of The Empire Ballroom

Lit are out with the video to their new single 'Looks Like They Were Right'. Watch it online below. 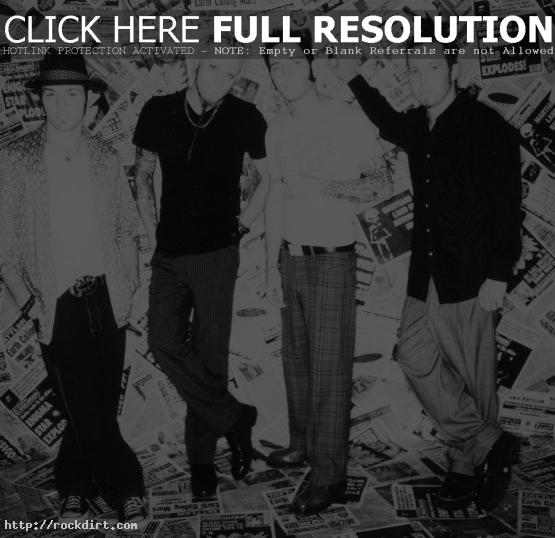 Lit has made an additional announcement Wednesday on the incident at the Iselin, New Jersey firehouse that got three firefighters suspended. Lit said, "The statement that Lit got the firefighters in trouble is completely inaccurate. Everything that Lit took part in was by invitation from members of the Iselin Volunteer Fire Department, therefore it appears the firefighters got themselves in trouble. The band was invited to the firehouse and invited to take a tour. Lit has the utmost respect for the firefighting profession and we're honored to meet some of the members of the department and accept their invitation to the firehouse. The band had no way of knowing that the offer being extended to them was unauthorized in any way."
May 15, 2002 rockdirt News No Comments

The District 11 Iselin Board of Fire Commissioners suspended three volunteer firefighters, including Fire Chief Steven Mellett, after the three were alleged to have had a wild party with Lit at the firehouse. Apparently photos were posted of the three, and one that included a woman flashing her breasts on the band's official website. The pictures have since been removed and the band issued a statement saying, "Lit would like to thank the Iselin Fire Department for their hospitality and tour of Station 11 on Friday, May 3, 2002." Injersey.com has since removed the article.
May 15, 2002 rockdirt Uncategorized No Comments 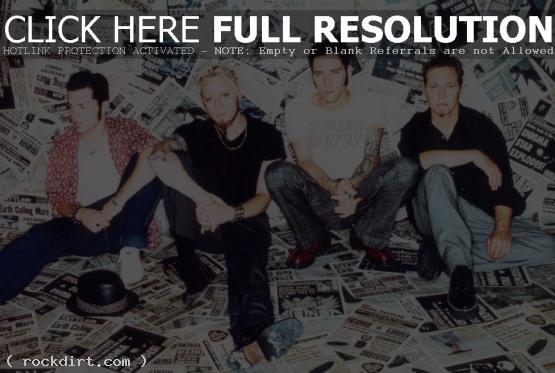 Rock band Lit has fallen off the radar a bit from their 'Miserable' video days, having only gotten 13,511 searches during the month of February on pay per search engine Overture.com. An upcoming tour with Kid Rock may help things out. The band's most popular tune was 'Miserable' with a video that featured a giant Pamela Anderson and the most popular member was frontman A Jay Popoff, followed by bother Jeremy.
March 26, 2002 rockdirt Search Engine No Comments

Hip Online spoke with Kevin Baldes, bassist for Lit, on the band's upcoming gig with Kid Rock. Baldes said, "We've met him, but we've never hung out with him. We've actually hung out with Pam (Lee) more. Our soundman actually knows some of the guys in his band. He's the guitar player for Speedball, which is a great underground band from Detroit. But he's told us the guys are really cool, but he was like 'don't hold your breath to hangout with Kid Rock'. Oh well." Read the entire transcript here.
March 26, 2002 rockdirt Uncategorized No Comments

Chart Attack talked with Lit lead singer A. Jay Popoff who explained they were "a rock band" and sounded off on the sub-genres people try to stick them into, "It seems like these days, people have a hard time labelling a rock band a rock band. There's no such thing as rock music anymore. It has to be placed in all of these sub-genres… like a tree with a million branches. You can't be the trunk anymore. You have to be one of those stems."
November 14, 2001 rockdirt Uncategorized No Comments

Jeremy Adds A Little Popoff To The World

Lit guitarist Jeremy Popoff is now a father following the birth of a 7-pound, 11-ounce baby boy by his wife Michelle last Wednesday. Jake Alan Popoff was born on October 17 at 8:29 a.m. PT, in Long Beach California, two weeks before the expected due date of November 3.
October 24, 2001 rockdirt Uncategorized No Comments

Keith Carman of Chart Attack talked to Lit about their new album 'Atomic' and their first video from the CD, 'Lipstick and Bruises'. The band have created a robot named Mulletron and singer A Jay Popoff reveals, "He's kind of like our Eddie [Iron Maiden]. He's an eight-foot robot with a mullet. Once we finish building his road cases, he's coming out with us."

Chartattack.com has since removed the article.
September 24, 2001 rockdirt Uncategorized No Comments