Beat magazine caught up with Kisschasy bassist Joel Vanderuit about the band’s summer music festival gigs this month in Australia, which sees the band perform before much larger audiences than they’re used to. “Festival sets are really fun,” Joel said. “You don’t have to think about anything except for that show. You just play as loud as you can and as fast as you can and have as much fun as you can. Crowds are always super excited because they’ve just seen two or three awesome bands before you. You don’t have to work to hard to get the crowd involved. They’re all there to have a rad day. And, chances are they’re already liquored up by the time we’re on and that makes it even easier.” 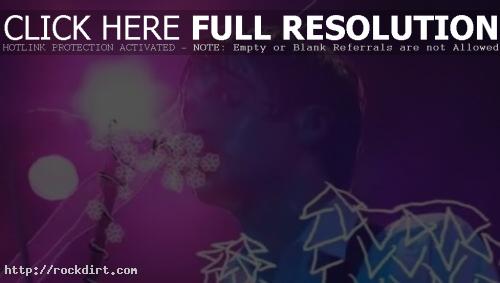 Kisschasy are out with the video to their new single ‘Ugly Birds In A Beautiful Cage’, the fourth release from the Melbourne, Australia’ alternative rock band’s second studio album ‘Hymns For The Non Believer’, out now on Below Par Records. Watch it below.

May 30, 2008 rockdirt Multimedia No Comments

Kisschasy are out with the video to their new single ‘Strings And Drums’, from the Melbourne, Australia rock band’s second studio album ‘Hymns for the Nonbeliever’, out now on Below Par Records. Watch it via MySpace below.

Kisschasy bassist Joel Vanderuit spoke with Time Off magazine about the video to the band’s new single ‘Opinions Won’t Keep You Warm At Night’, the lead single from ‘Hymns For The Non-Believer.’ The satirical film clip for the track features the boys donning Bush, Blair, Howard, and Cheney masks and dating each other. “It’s not a direct stab at a direct issue or even a direct person – we just kind of think that these guys are a bit of a joke,” Vanderuit explained. “It’s not an angry stab, it’s just our way of saying that we don’t really respect them that highly. It was something different and a little bit of fun – to poke fun at someone without being too serious and angry about it. When you decide to do a clip, you put the call out and directors come in with treatments: you get so many and 90 percent of them are just rubbish. All the ones we had were crap, so we thought, ‘We can write a better video than this!’. Sean [Thomas – guitar] came up with the idea for the clip, and we all kind of liked it. It was light-hearted and sounded like a bit of fun, so we just went with that. It’s doing its job.” The article at timeoff.com.au has since been removed.

Kisschasy are out with the video to their new single ‘Opinions Wont Keep You Warm At Night’, the first release from the band’s sophomore album ‘Hymns For The Nonbeliever’. Watch the video below.

Kisschasy and The Living End performed during a concert at Festival Hall on May 19th in Melbourne, Australia. Check out pictures from GettyImages.

Kisschasy are out with the video to their new single ‘This Bed’, from the album ‘United Paper People’. Watch it via YouTube below.

May 27, 2006 rockdirt Multimedia No Comments

Kisschasy performed in concert at Harajuku Astro Hall in Tokyo, Japan on Thursday (March 9). Check out pictures from WireImage.