Hope Of The States ‘Sing It Out’ Video 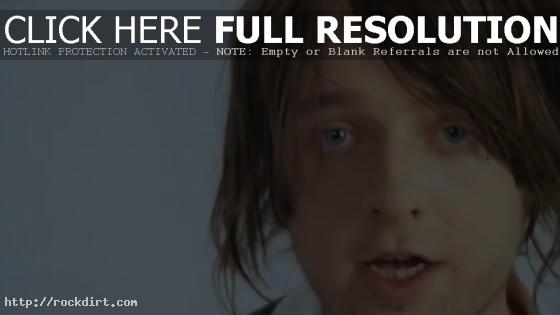 Hope Of The States are out with the video to their new single ‘Sing It Out’, from the band’s sophomore album ‘Left’, due out June 19th. Watch it online below.

May 19, 2006 rockdirt Multimedia No Comments

The Bravery And Hope Of The States Perform In London

The Bravery and Hope of the States were featured on the NME Shockwave Tour stop in London, England on Tuesday (February 15) at The Astoria. Check out pictures from FilmMagic.

Hope Of The States Perform In London

Hope Of The States performed on stage at The Astoria on Tuesday (October 26) in London. The concert celebrated the August release of single ‘Nehemiah’, the second track released from debut album ‘The Lost Riots’. Check out pictures from GettyImages.

Hope Of The States Aren’t Preaching

While the themes behind the music of Hope of the States are, by their own admission, of utmost importance, frontman Sam Herlihy is careful to point out that he is not intending to come across as yet another didactic, self-obsessed artisan. “I’m not preaching to anybody, I really haven’t got a clue, I’m a drunken fool in a band,” he tells Australia’s Beat magazine. “It’s great to go and talk to people about stuff, meeting people at shows and in different, it’s far more interesting and far more valid than some guy in a band pointing at people.”