Former Blur guitarist Graham Coxon performed in concert at the Astoria in London, England on Wednesday (October 25). Check out pictures from RexFeatures.

Get Loaded Festival In London

Former Blur guitarist Graham Coxon and Babyshambles performed during the Get Loaded Festival at Clapham Common on Sunday (August 27) in London, England. Check out pictures from FilmMagic, RexFeatures (page1 / page2), GettyImages, and WireImage.

Feeder, former Blur guitarist Graham Coxon, The Unannounced, and The Fratellis performed at The Kerrang! Radio Fest on July 14th at The Custard Factory in Birmingham, England. Check out pictures from FilmMagic.

Dannii Minogue and former Blur guitarist Graham Coxon attended the State of Undress Party on Wednesday (May 24) at 43 South Molton Street in London, England. Check out pictures from FilmMagic.

Graham Coxon ‘You & I’ Video 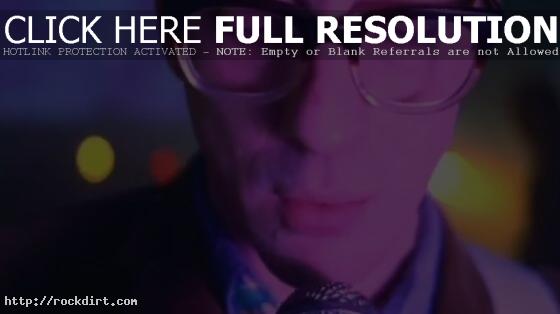 Former Blur guitarist Graham Coxon is out with the video to his new single ‘You & I’, from the album ‘Love Travels at Illegal Speeds’. Watch it online below.

Blur bassist Alex James tells The Sun the door was still “very much open” for wayward guitarist Graham Coxon to join them. “As regards the next Blur record, I think something serious will be underway towards the end of the year,” Alex said. “During the last Blur record Graham wasn’t well and he didn’t come to the studio when we were due to start recording. So we started recording without him – maybe we should have waited for him, it was a hard call.”

The entire story at thesun.co.uk has since been removed.

Former Blur guitarist Graham Coxon performed in concert at the Manchester Ritz in Manchester, England on Tuesday (March 28). Check out pictures from WireImage.

Graham Coxon is blaming his former Blur bandmates for not spotting his drinking problem before it got out of control. “I was an alcoholic mess and not able to fulfill my obligations,” he said. “The rest of the band could have stood back and seen I was having a terrible time. They could have tried to help. It raises the question of how responsible we felt for each other.” The full story at thesun.co.uk has since been archived.