‘Chelsea Lately’ welcomed Gene Simmons to the show the other night, where the KISS rocker explained his marriage-less long-term relationship with Shannon Tweed and messed around with host Chelsea Handler. “I’ve always done things my way,” he said. “I never wanted to answer to anybody until I met Shannon. She really is wise in ways that I’m not.” Chelsea was brutally honest with the rocker, telling him, “I don’t know why she sits around with this, I mean it’s not your hair.” Video at YouTube has since been removed.

Gene Simmons and Shannon Tweed commented on their “open” relationship during an appearance on ‘The Hour’ with George Stroumboulopoulos recently. “We don’t have an open relationship,” Shannon said. “I don’t want anyone to think we have an open relationship. Unless anyone comes forward to say that they just had a relationship with him, you need to be quiet.” With that, Gene said, “Why don’t you just kill my career right now.” Watch the interview via YouTube below.

Gene Simmons And Shannon Tweed Talk With Paps Outside Bardot

KISS bassist and vocalist Gene Simmons and his longtime girlfriend Shannon Tweed were spotted outside Bardot in Hollywood the other night, where they offered their well wishes to newlyweds Katy Perry and Russell Brand, admitted they didn’t know much about ‘Dancing with the Stars’, revealed their Halloween costumes, and joked about how Gene keeps his hair so soft. Watch Hollywood.tv footage via YouTube below.

Cambio Connect features Quddus sitting down with Gene Simmons of KISS. The rock legend talked about how their world tour has been going, being a Jonas Brothers fan, and how the success of veteran bands like KISS and U2 disguise the carcasses of other bands fading away. Watch the interview via AOL below.

Gene Simmons Pitches Shannon Tweed For ‘Dancing With The Stars’

Hollywood.tv caught up with Gene Simmons on Tuesday night (March 10) while he was celebrating Shannon Tweed’s 52nd birthday. Asked about the new season of ‘Dancing with the Stars’, Simmons suggested his girlfriend would be a great choice to be on the ABC hit. “She’d make all those other girls look like skanks,” the KISS star said. Watch video below. 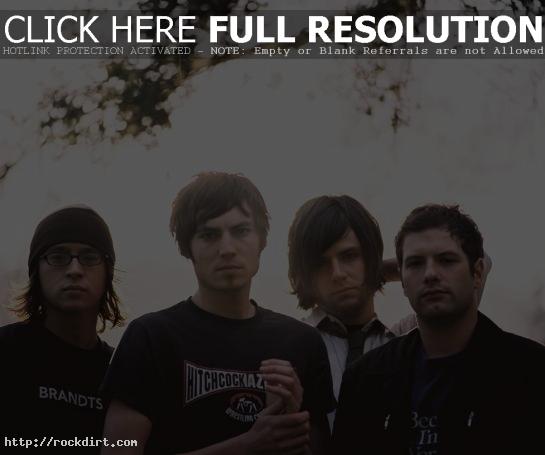 Augustana, who perform on ‘Live with Regis and Kelly’ on Monday.

Journey, who perform on ‘The Ellen DeGeneres Show’ on Wednesday.

Gene Simmons of KISS, who visits ‘Rachael Ray’ on Wednesday.

May 26, 2008 rockdirt TV Appearances No Comments 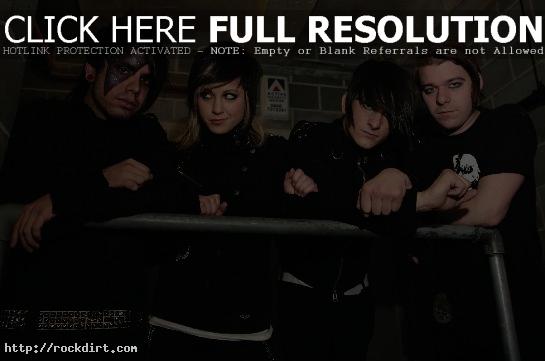 Shiny Toy Guns, who perform on ‘Last Call with Carson Daly’ on Monday.

Gene Simmons of KISS, who visits ‘Rachael Ray’ on Tuesday.

Hellogoodbye, who perform on ‘Last Call’ on Wednesday.

British Sea Power, who perform on ‘The Late Show with David Letterman’ on Wednesday.

Kiss mastermind Gene Simmons offered some straight answers to Artisan News Service in regards to his humility and money issues in light of starring in NBC’s ‘The Apprentice’. “The first job I had was cleaning fat off of a butcher’s block. I had to take this thing that looked like a mop and get the fat off. Then of course I’d have to go down to the basement, which was rat infested and bring up sides of beef. It was a pretty rotten job, but you know what, at the end of the week I really appreciated the money. That money, I earned, and I felt proud. It wasn’t a craft, it wasn’t something I had to learn, but I had pride in the labor, and the work I had done. So I appreciated the money.”

Simmons added that he understands he’s lucky to have a job he loves to do. “This notion that you have to have passion and you have to love what you’re doing is the biggest load of crap I’ve ever heard,” Simmons said. “Most of the people on the planet don’t have that advantage. They have to go to work at jobs they hate, they’d be lucky to have a job. The rest of us who happened to do what we love doing, that’s a privilege and a blessing. But the notion you have to love what you’re doing is nonsense. Just work and get paid, that’s enough of a value.” Watch the interview at YouTube.

KISS bassist and singer Gene Simmons is taking his business savvy to the set of Donald Trump’s NBC show ‘The Apprentice: Celebrity Edition’. He spoke with Artisan News Service about the competition. “Anybody on this team can actually rise up and be the last man standing, of course I don’t intend for that to happen,” he said. “But in order for that not to happen and in order for the last man to be standing be Gene Simmons, I need to keep my guard up, from the professionals to the amateurs, and we have some amateurs on the show, and I mean that in the very nicest way.” Watch the segment at YouTube.