Every Time I Die ‘Sh** Happens: The Series’ Theme Song

Every Time I Die are out with a new web feature ‘Sh** Happens: The Series’, a sequel to the band’s 2006 DVD ‘Sh** Happens’. Watch the show’s theme song via YouTube, and check back each week for new episodes, via YouTube below.

Every Time I Die ‘After One Quarter of a Revolution’ Video

Every Time I Die are out with the video to their new single ‘After One Quarter of a Revolution’, featuring Pete Wentz of Fall Out Boy, off the Buffalo, New York metalcore group’s fifth studio album ‘New Junk Aesthetic’, out September 15th via Epitaph. Watch it via YouTube below.

Every Time I Die ‘Wanderlust’ Video 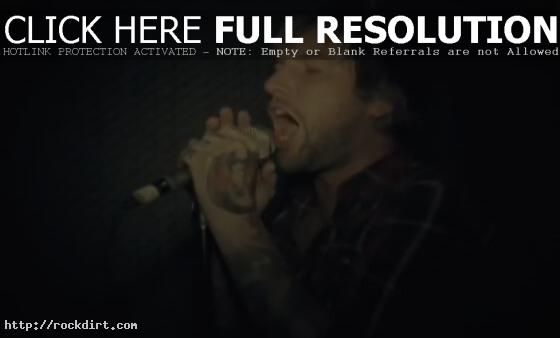 Every Time I Die are out with the video to their new single ‘Wanderlust’, off the Buffalo, New York metal band’s fifth studio album ‘New Junk Aesthetic’, out September 15th via Epitaph Records. Watch the Chris Sims directed video via YouTube below.

Every Time I Die & Bring Me The Horizon Tour Dates

Every Time I Die and Bring Me The Horizon are heading out on tour beginning September 8th at Epic in Minneapolis, wrapping up October 11th at Water Street Music Hall in Rochester, New York. Check out complete tour info at epitaphtour.com. Watch a promo video below.

Every Time I Die ‘We’rewolf’ Video 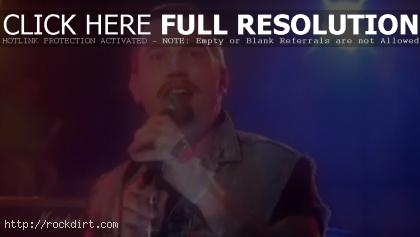 Every Time I Die are out with the video to their new single ‘We’rewolf’, from the Buffalo, New York metalcore band’s fourth full-length album ‘The Big Dirty’, out now on Ferret Records. Watch it below.

In a blog posting at Every Time I Die’s MySpace, guitarist Andy Williams addressed the backlash the metal band have been facing after band frontman Keith Buckley joined pop punk group Fall Out Boy onstage for a cover of Pantera’s ‘Walk’ at the Mohawk Place on November 19th in Buffalo. He writes:

A long time ago, when we were first starting out we would play places like Chicago and Milwaukee. We would play with bands like Kill The Slave Master, Extinction, Race Traitor and Arma Angelus. All great bands from that area at the time. We would joke around and fu** around with the dudes in that band cuz they were OUR friends. They would put us up and cook for us. They would always put us on the biggest shows and every once in awhile you would get an unexpected call because they were just thinking about us and wanted to [hear] from us and it was vice versa, they would come to Buffalo and the same would happen and our phone actually went both ways. We went on tour with Martyr, 7 Angels, 7 Plagues and Andy Hurley went just to hang out with us. On that tour Pete came to a show in Chicago and danced for us and then we stayed with them. He gave me a demo and said “Hey man, I know you won’t like this. It’s my new band. were a pop punk band!” I chuckled and didn’t really take him serious. I went back and listened to it. I have to tell you honestly, I really didn’t like it. He was right. But I gave it the benefit of a doubt cuz he always treated me with respect. Sooooooooo, basically my point is that how can you throw jabs at us for just hanging with friends of around 10 years? Some of us in the band have known those dudes for almost 15 years now. Next time a friend of yours asks you to show up at a birthday party, you should question it because hes your friend and he does things for you and you love that person?? There is no question, you go. That’s what the problem is with people today is that everyone is so worried about how they look and what people are going to think of them. Fu** that, be your own person and do what you want. If someone isn’t “cool” or popular, but is always good to you and actually sticks his or her neck out for you, do that person the favor and pay it forward. I hope this shines a little more light on a situation that shouldn’t even be questioned. But there is a bit of history between us and those boys. Nothing changes when you consider someone a friend.

Love you all
Andy Williams
Every Time I Die

Watch the performance below the fold.
END_OF_DOCUMENT_TOKEN_TO_BE_REPLACED

Every Time I Die Visit ‘The Sauce’

Every Time I Die visited fuse’s ‘The Sauce’ at fuse Studios in New York City on Thurdsay (August 30). Check out pictures from GettyImages and WireImage.

Every Time I Die ‘The New Black’ Video

Every Time I Die are out with the video to their new single ‘The New Black’, from the album ‘Gutter Phenomenon’. Watch it via YouTube below.

Every Time I Die ‘Kill The Music’ Video

Every Time I Die are out with the video to their new single ‘Kill The Music’, from the album ‘Gutter Phenomenon’. Watch it via YouTube below.

Every Time I Die ‘The Logic Of Crocodiles’ Video

Every Time I Die is out with the video to their new single ‘The Logic of Crocodiles’. Watch it via YouTube below.