Dinosaur Jr. ‘Over It’ Video

Dinosaur Jr. are out with the video to their new single ‘Over It’, from the Amherst, Massachusetts alternative rock group’s ninth studio album ‘Farm’, out on Jagjaguwar in Tuesday on Jagjaguwar. Watch the Mark Locke directed video below.

Letterman’ (CBS) on Monday and ‘Late Night’ (NBC) on Tuesday.

Pete Yorn performs on ‘The Tonight Show with Conan O’Brien’ (NBC) on Monday.

Elvis Costello performs on ‘The Tonight Show’ (NBC) on Tuesday.

Wilco performs on ‘The Tonight Show’ (NBC) on Wednesday.

The Fray perform on ‘Today’ (NBC) on Friday.

Dinosaur Jr. ‘Been There All The Time’ Video

Dinosaur Jr. are out with the video to their new single ‘Been There All The Time’, from the album ‘Beyond’. Watch it via YouTube below.

Dinosaur Jr. performed live at the Scala on Tuesday (June 26) in London, England. Check out pictures from GettyImages.

Dinosaur Jr. performed in concert at Manchester Academy on Sunday (May 21) in Manchester, England. Check out pictures from WireImage.

Dinosaur Jr. And The Drones Perform In Sydney

Dinosaur Jr. and The Drones performed in concert at Metro in Sydney, Australia on Friday (March 10). Check out pictures from WireImage (The Drones / Dinosaur Jr.).

The original Dinosaur Jr. have reunited and drummer Murph spoke about the ended feud. “It’s been going really well, probably better than any of us expected, Murph said. “I don’t think any of us really thought that this would happen. When we parted ways with Lou in 1989 we didn’t really think that we would ever play together again like this. Despite obvious reservations it’s been great pretty much from the start.” The article at timeoff.com.au has since been removed.

Dinosaur Jr. Rises From The Ashes — To Rock 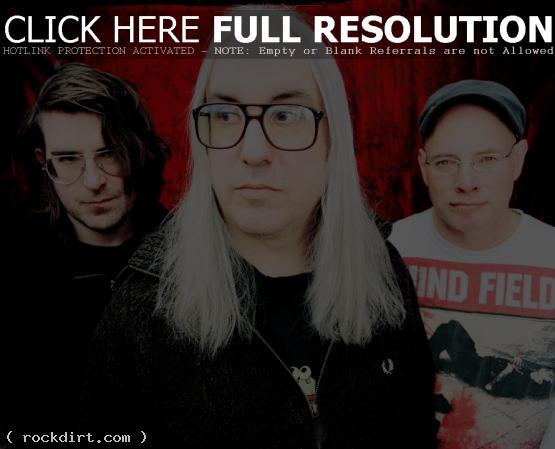 Dinosaur Jr. were on NPR’s World Cafe on Wednesday (August 24). Check out the show, featuring the band performing ‘Quest’ and ‘Bulbs of Passion’, via NPR.org below.