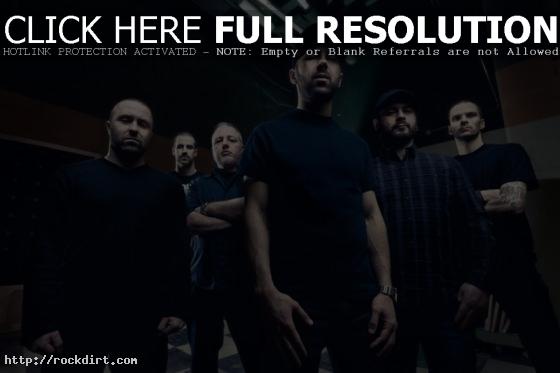 Despised Icon are out with the video to their new single ‘Day Of Mourning’, taken from the Canadian death metal band’s fourth studio album ‘Day Of Mourning’, out September 22nd via Century Media. Watch the Mathieu Elie directed video below.

Despised Icon are out with a live video for ‘A Fractured Hand’, taken from the Montreal deathcore act’s DVD ‘Montreal Assault’, out March 24th via Century Media Records. Watch it via YouTube below.

Despised Icon ‘The Sun Will Never Charm Us’ Live Video

Despised Icon are out with a live video for their song ‘The Sun Will Never Charm Us’, a track from the Montreal metal band’s second album ‘The Healing Process’. The video comes from their upcoming DVD ‘Montreal Assault Live’, out January 27, 2009 via Century Media.

Highlights from Despised Icon’s European Never Say Die Tour has been posted at Century Media Europe’s YouTube channel. Alexandre Erian talked a bit about the tour, the re-release of their new album ‘The Ills Of Modern Man’, and that they’re due to hit the studio in March to work on a new album with a late summer 2009 planned release.

The clip, featuring music from the death metal act’s latest album, has since been removed at YouTube.

Despised Icon ‘In The Arms Of Perdition’ Video

Despised Icon are out with the video to their new single ‘In The Arms Of Perdition’, from the album ‘The Ills of Modern Man’. Watch it below.

Despised Icon ‘The Sunset Will Never Charm Us’ Video

Despised Icon are out with the video to their new single ‘The Sunset Will Never Charm Us’. Watch it online below.