Dead By Sunrise ‘Let Down’ Video 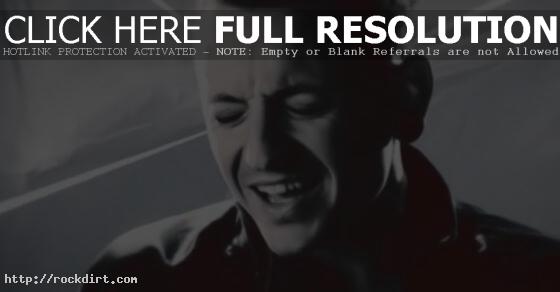 Dead By Sunrise are out with the video to their new single ‘Let Down’, off the Chester Bennington led rock group’s debut album ‘Out of Ashes’, out now on Warner Bros. Watch it via MySpace below.

Linkin Park/Dead By Sunrise frontman Chester Bennington joined the K! Podcast, giving a glimpse behind the scenes of the making of Dead By Sunrise’s debut album, ‘Out Of Ashes’. “My intention has always been to write music for Linkin Park,” Chester says in the clip. “I never really intentionally set out to start a new band actually, but the way I write, a lot of the times I write this really kind of grungy straightforward, sometimes punkish rock way, and it’s just slightly outside the realm of Linkin Park.” Watch the video via YouTube below.

Dead By Sunrise Perform ‘Crawl Back In’ On ‘Jimmy Kimmel Live’

Dead By Sunrise, the side project of Linkin Park vocalist Chester Bennington, performed ‘Crawl Back In’ on ‘Jimmy Kimmel Live’ in Holllywood on Wednesday (October 21). Watch it via YouTube.

Dead By Sunrise ‘Crawl Back In’ Video

Dead By Sunrise, featuring Chester Bennington of Linkin Park, are out with the video to their new single ‘Crawl Back In’, off the rock group’s debut album ‘Out Of Ashes’, in stores October 13th via Warner Bros. Watch it via YouTube below.

Ben Jones of Absolute Radio meets up with Chester Bennington at a hotel to talk Linkin Park and his “part b” project Dead By Sunrise after their Sonisphere gig earlier this month. The singer discussed playing the new material and the audience reaction, how he finds the time with the new band, how he met his Dead By Sunrise bandmates, making a new Linkin Park record right now, not feeling busy because he loves everything he does, the possibility of producing a movie soundtrack, and what he listens to in his down-time. Watch the interview via the station’s YouTube channel below.

Julien-K revealed to Artisan News Service that Linkin Park’s Chester Bennington approached them to record his side project, the electro rock Dead By Sunrise. “It turned into literally in a few days, Julien-K became Chester’s band Dead By Sunrise,” Amir Derakh explained. “We literally stopped our record, and recorded a record with Chester, which is complete. Of course the reason that didn’t come out is because you have the Linkin Park record in front of it, so you had some backup and timing complications. Basically with Julien-K there’s two bands. With Chester singing it’s Dead By Sunrise, when I sing it’s Julien-K. Julien-K is decidedly a bit more electro, but Dead By Sunrise is a little bit heavier, a little but more rocky. But Chester loves electro music, he loves what we’re doing.” Watch the segment at YouTube.