Listening to Creed helped save a 13-year-old Norwegian, Walter Eikrem, from being attacked by wolves, according to Spiegel. Walter was returning home from school and encountered the four wolves, playing Creed’s ‘Overcome’ while yelling and thrusting his arms. “They didn’t really get scared. They just turned around and simply trotted away,” he said. Watch an animated report from NMA World Edition via YouTube below. 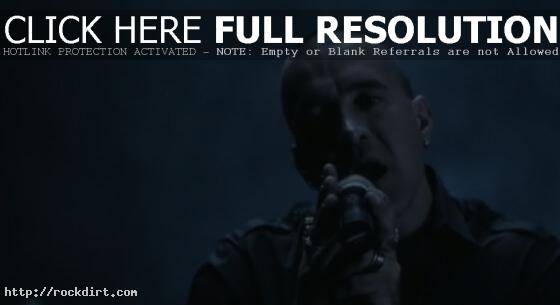 Creed are out with the video to their new single ‘Rain’, the second release from the Florida rock group’s fourth album ‘Full Circle’, out now on Wind-up Records. Watch the Gavin Bowden directed video below.

Creed visited AOL’s Noisecreep studios, performing four of their hits and talking about how they’ve achieved massive sales success but have not gotten much love from the music critics. “You know, I don’t think we ever felt that we needed validation,” vocalist Scott Stapp said last week. “But it would be nice to get a nice article written every now and then you know?” Video of their performances of ‘My Own Prison’, ‘Higher’, ‘With Arms Wide Open’ and ‘My Sacrifice’ have since been removed at music.aol.com.

Creed Reunion Announcement Could Be Imminent

Billboard reports that Scott Stapp and his former Creed bandmates Mark Tremonti, Scott Phillips and Brian Marshall are in talks to reunite the group, which hasn’t performed since their June 2004 breakup. Alter Bridge vocalist Myles Kennedy is an apparent top contender to replace Robert Plant for a tour with Led Zeppelin’s Jimmy Page and John Paul Jones, which would free up Tremonti, Phillips and Marshall to rejoin the band which has sold 26.1 million albums in the United States since 1997. A spokesperson for Creed’s label Wind-Up tells Billboard, “There have been some talks, but it would be premature to comment on them at this time.” Read more.

Mark Tremonti tells Jim Farber of the New York Daily News it wasn’t the music that broke up Creed. “It was personal,” the guitarist said. Singer “Scott [Stapp] separated himself from us. At one time, we were his closest friends. But put people in a bus for years and little things about us just rubbed him the wrong way.” With his new group Alter Bridge, there’s more of a democracy without the controlling Stapp. “In Creed you’d do a lot of work and nothing would materialize,” he said. “This time I can get across all my ideas. And everyone’s open to everyone’s opinions.”

After nearly a decade together, Creed has decided to disband. During their 8 years and 3 albums together (My Own Prison, Human Clay, Weathered) Creed achieved countless Rock & Roll milestones and sold over 30 million albums worldwide. With their unprecedented success at radio and their captivating live shows, Creed became one of the most successful acts to rule the charts over the past ten years.
END_OF_DOCUMENT_TOKEN_TO_BE_REPLACED

Creed On ‘Extended Break With No Timetable For A Return’

Creed guitarist Mark Tremonti’s brother Michael has posted messages on CreedPit and MarkTremonti.net that the group is on “an extended break with no timetable for a return.” Michael added, “Mark is putting 100% of his focus on his new band. The name has yet to be decided. The members as of right now are Mark, Flip and Brian Marshall. No contracts have been signed so anything could change.”

The Associated Press reports fans who felt cheated by Creed’s Chicago show are getting no sympathy. A judge in Chicago has dismissed a $2 million dollar lawsuit filed by four fans against the band, accusing singer Scott Stapp of appearing too intoxicated to perform well last December.

MTV News reports A Florida man was arrested in Clearwater on Sunday for fraud relating to his impersonation of Creed guitarist Mark Tremonti. Despite being more than 11 years older than Tremonti, 40-year-old Kevin Eckenrod successfully posed as the Florida rocker for the past few weeks, staying in beach hotels as Tremonti, handing out autographed publicity photos and drawing up to 30 fans at a time while holding court at beach bars, according to a Clearwater Police Department spokesperson.
After his arrest, Eckenrod told police, “It’s my hustle. I am a stone-cold alcoholic and it’s my way of getting my drinks and a place to stay.” He also admitted, “This is getting old, but you have to admit I do look like the guy from Creed.” Eckenrod is being held in Pinellas County Jail on $20,000 bail. Read more.