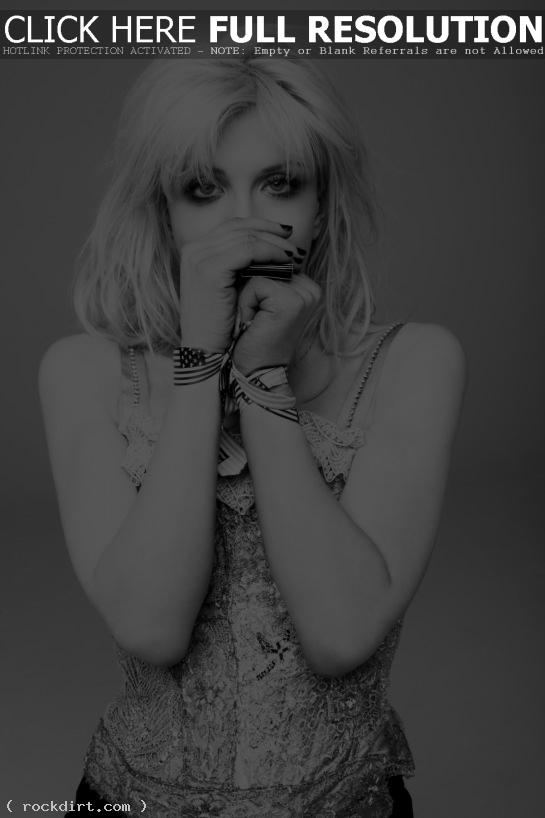 David Malitz of the Washington Post was on hand for Hole’s concert at the 9:30 Club in DC on Sunday, in a performance he dubbed a disaster from the band’s troubled frontwoman Courtney Love. “It was an astonishingly and agonizingly awful performance that had a few fleeting moments of redeeming musical value,” Malitz writes. “Song titles, lyrics, guitar chords – Love remembered only some of them, and infrequently.”

When Courtney wasn’t messing up her lyrics, being on the receiving end of explitives of the steadily evaporating crowd, doing her encore topless, or rambling about celebrities, she was being filmed on an iPhone by an assistant, who was on stage the entire show. “Not on the side of the stage. Not filming a few songs. The entire show, onstage, often directly in front of Love,” Malitz clarified. “The singer naturally played to the camera more than her fans. She preened, she constantly sang in its direction, she looked like she was trying to seduce it.” Read more. 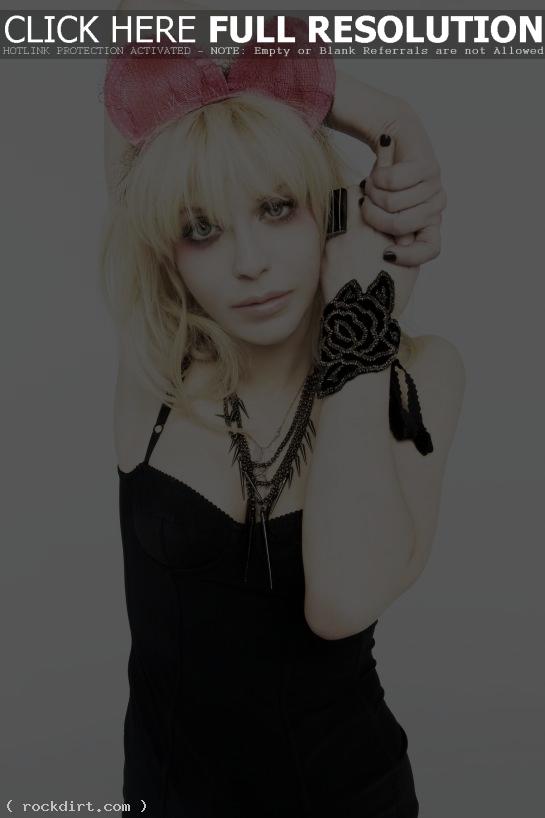 Andrew Kerr of Spinner was on hand for the Hole show at Glasgow’s O2 Academy on Monday night, where mainwoman Courtney Love’s interaction with the crowd was apparently more entertaining than the band’s live set. “Songs became mere distractions, obstacles to overcome before the next outpouring,” Kerr writes. “Before lurching into new album title-track ‘Nobody’s Daughter’, the rocker declared, ‘I really hate men, fu**ing men … All they want is to fu** you then turn you into a pizza.” The full review at spinner.com has since been removed.

Courtney Love was spotted leaving her downtown hotel with very frizzy hair to go shopping in SoHo on March 25th. The Hole singer took to her Twitter the other day to inform followers she’s single:

uh I just need to take this moment to state for the record I do not have a BOYFRIEND. Nor am I looking for one, I’m sort of a dude like that 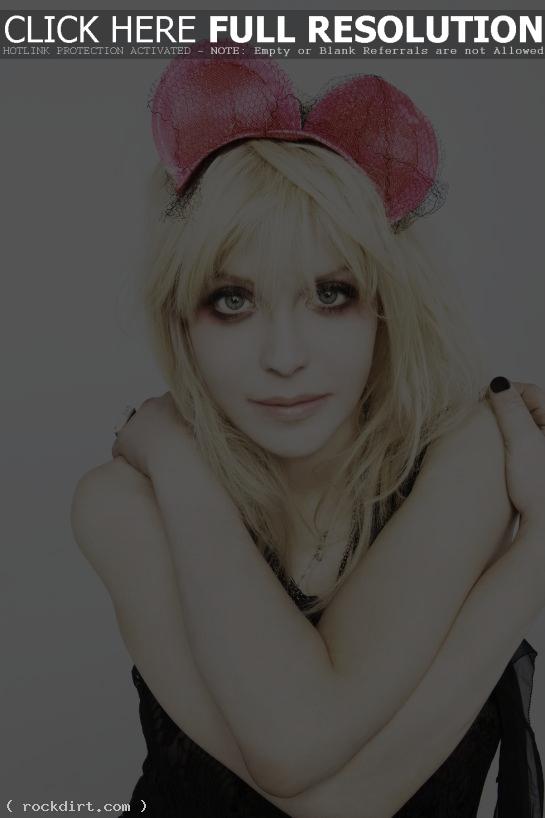 Courtney Love was photographed leaving The Mercer Hotel in SoHo on Saturday (August 1) in New York City. Later, the Hole singer was seen taking a walk with a friend.

The images provided by Bauer Griffin have since been removed. 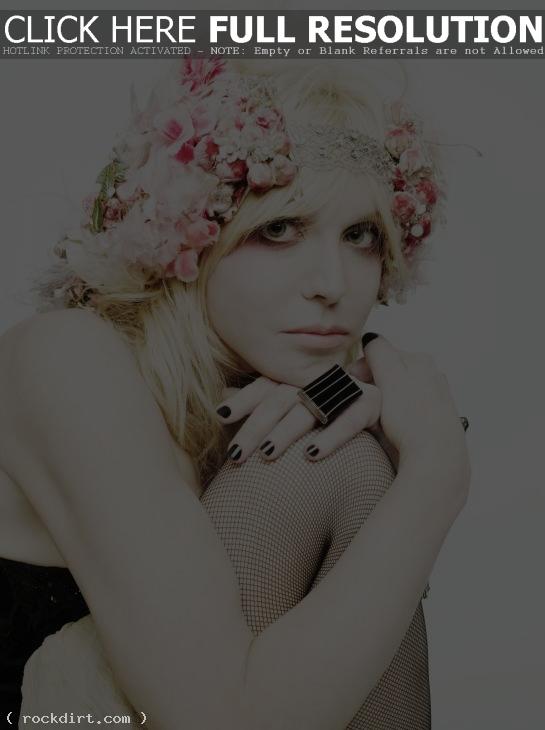 Courtney Love checked in with fans on her blog at MySpace on Sunday (September 21), offering a couple jobs to readers. The Hole singer writes:

Is anyone insanely clean neatfreak near Malibu? I need a non thieving non freaky housekeeper.
Also I need we need a documentarist, someone to document our studio as we go in Wednesday, and I have ALOT of work to do til then and I won’t just hand this to HBO or BBC2 or Bravo and god forbid not VH1! A DOCUMENATRY NOT A REALITY SHOW. Get in touch with Jason who will further put you in touch with Jason Wienberg at untitled.
And am looking for a young PA type someone who really wants to get into the film business cos as we start ramping up pay some dues with me for a few months and you can be on this HTH movie – I think I know who I want to play Kurt – he may not be as BEAUTIFUL as the other two but he’s got something special and looks alot like him and has a great voice.
I know this is wierd – the agencies suck and I’m sick of PIGS who steal it’s simple as that, so fu** it why not try MySpace, beats Monster. No superfans please. And it’s very good money. BTW the housekeeping part just early hours.
thanks
Wierdo Mgcee

Dirty Harry of Nylon TV went to Courtney Love’s home, talking with the singer about her new album, how she “literally gets crucified every day” which she blames to sexism, and her plans to exit music after this album in favor of apparel and television production. As for Frances Bean Cobain, the daughter she shares with late Nirvana frontman Kurt Cobain, Love said, “I have a teenage daughter now, so it’s really, really crucial that I have a great home life and she’s so beautiful, she’s so vulnerable and was born very famous. She’d have to step over my dead body to get into the music industry, but I don’t think she wants to anyway. If anything she’ll act, she’ll direct… I think she’ll end up running Hollywood, and she’s got my sh** list, so that’s awesome.”

At one point in the clip, a man is seen running through Courtney’s house, who is identified only as “member of the new Hole”, suggesting the new album will be the first release from the band since 1998’s ‘Celebrity Skin’ (though no indication if any of Courtney’s prior bandmates will be part of the project). Watch the interview below.

News of the World reports that Courtney Love is said to be “suicidal” after finding her late husband Kurt Cobain’s remains missing from her Hollywood home. “I can’t believe anyone would take Kurt’s ashes from me,” the former Hole singer said. “I find it disgusting and right now I’m suicidal. If I don’t get them back I don’t know what I’ll do.” Love said the remains were all she had left of the Nirvana frontman, who committed suicide in 1994.

The entire story at notw.co.uk has since been removed.

Courtney Love has posted several songs on her ‘Courtney’s Mystical Music Box’ Myspace player. The site states: “This Music page is officially approved by Courtney Love and the music box will be playing the hottest ‘IT SONGS’ for her fans & everyone else to get turned on and tuned in to…The Visual Layouts will change, and please check back as often for Courtney’s Mystical Music Box will blow you away! Courtney will also be reading comments and checking in on her Mystical Music Box as often as she can. If you are a band that is being profiled on the music player each week, Courtney Love would appreciate a comment from you. Thanks, there are so may unheard of artist out there and here we will get to showcase their amazing talents and give them as much exposure as possible, plus you never know, Courtney may be in the mood to throw in a old school song of hers from time to time!” Audio of ‘Is There A Ghost’, ‘Afterglow’, ‘I Want Your Love’, and ‘So Haunted’ at myspace.com has since been removed.

Courtney Love was spotted heading to the Fashion Rocks official after party in London, England on Thursday (October 18), later ending up at Alamada. Check out pictures from Mavrix.