Corrosion of Conformity guitarist/vocalist Pepper Keenan has posted the following message on the band’s official web site: “People are fighting for their lives right now due to last night’s events. We need everyone to focus their positive energies towards these individuals to help them, and everybody affected, pull through this tragedy. This is not what it’s supposed to be about.”

Arrest Made In Corrosion Of Conformity Concert Stabbing

Bay News 9 is reporting that the man believed to be responsible for stabbing four people at a Corrosion of Conformity concert Thursday (June 23) turned himself into Tampa police Saturday morning. Michael Pyne, 39, of Pinellas Park is charged with first-degree murder in the death of Thomas Laskas and attempted murder of his wife Wendi Laskas.

The full story at baynews9.com has since been removed.

Tampa Bay’s 10 has filed a report from the Masquerade nightclub in Ybor City, Florida one night after a fatal stabbing at a Corrosion of Conformity concert there. According to the report, some people — including one of the stabbing victims — are questioning the loose security at the popular nightspot. Video at tampabays10.com has since been removed. 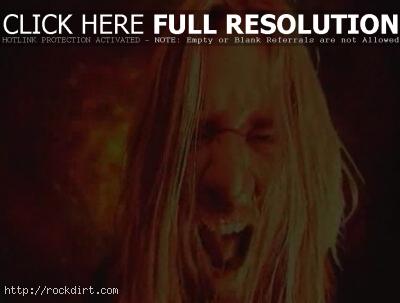 Corrosion Of Conformity are out with the video to their new single ‘Stone Breaker’. Watch it online below.

May 6, 2005 rockdirt Multimedia No Comments