Razorlight, who perform on ‘Last Call with Carson Daly’ (NBC) on Monday and ‘The Late Show with David Letterman’ (CBS) on Wednesday.

The Virgins, who perform on ‘Late Night with Jimmy Fallon’ (NBC) on Wednesday.

The Pretenders, who perform on ‘Jimmy Kimmel Live’ (ABC) on Wednesday.

Delta Spirit, who perform on ‘Last Call’ (NBC) on Thursday.

Pendulum, who perform on ‘Jimmy Kimmel Live’ (ABC) on Thursday.

Bif Naked, who does her first sit down interview following her cancer diagnosis and treatment with ‘The Hour with George Stroumboulopoulos’ (CBC) on Thursday.

Cursive, who perform on ‘The Late Show’ (CBS) on Friday.

DJ Skee of KIIS FM in Los Angeles spoke with Chris Cornell during his ‘Scream’ tour stop at House of Blues in West Hollywood. The former Soundgarden and Audioslave frontman described the new album ‘Scream’ as “trying to find some part of me or some character that’s going to sing these songs that’s going to write these lyrics because the music is so different.” Cornell’s comments were mixed with highlights of the show, set to ‘Part of Me’. Watch it below.

Chris Cornell is holding a contest on his YouTube channel, asking UK fans to upload their best scream to youtube.com/group/chriscornellscream to win the signed Les Paul guitar. “All you have to do is film yourself, your friends, your cat, your dog, your grandparents, screaming at the top of your lungs,” the former Soundgarden/Audioslave frontman said. “Screaming at the top of your head. The best one, most creative one wins.” Cornell releases his third solo album ‘Scream’ on March 10th. Watch the video below.

Chris Cornell is on tonight’s ‘The Hour with George Stroumboulopoulos’ on CBC, where the former Soungarden and Audioslave frontman discussed troubles getting an apartment in Paris with his wife Vicky. “I had to get the head of Sony and Interscope Europe to call the people and tell them, ‘No this is not Axl Rose. He’s not really normal [for a rock star]’,” Chris explained. An audio teaser has since been removed.

On TV: Chris Cornell, 3 Doors Down, Fall Out Boy 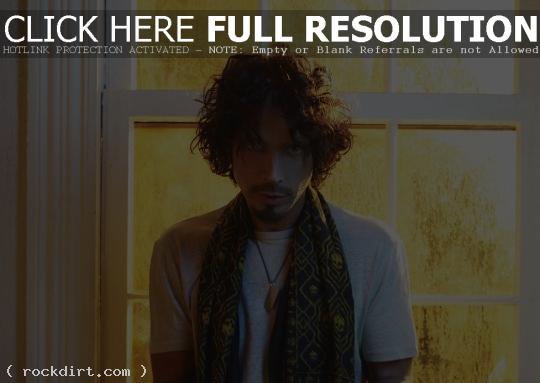 Chris Cornell, who visits ‘The Hour with George Stroumboulopoulos’ (CBC) on Monday.

3 Doors Down, who perform on ‘Live with Regis and Kelly’ (ABC) on Thursday.

Fall Out Boy, who perform on ‘The Ellen DeGeneres Show’ (Syndicated) on Friday.

Former Soundgarden/Audioslave frontman Chris Cornell was videotaped swinging his daughter Toni and son Christopher Nicholas at the Coldwater Canyon Park in Beverly Hills the other afternoon. Watch Hollywood.tv’s footage via YouTube below. 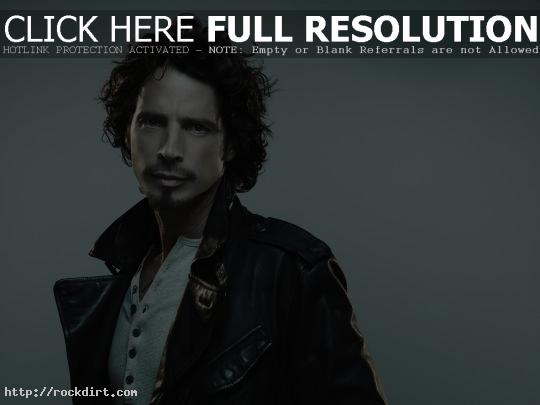 Skee.tv has some behind the scenes footage of Chris Cornell on tour as the ex Soundgarden and Audioslave frontman prepares for the release of his third solo album ‘Scream’ on March 2nd. Watch it below the cut. END_OF_DOCUMENT_TOKEN_TO_BE_REPLACED

Chris Cornell And Family Shop At The Grove

Chris Cornell was spotted taking his wife Vicky, daughter Toni and son Christopher Nicholas to see Santa Claus at The Grove in Los Angeles on Tuesday (December 23). The family posed for the paparazzi and Cornell’s young boy said he wanted a motorcycle for Christmas. Watch footage below. 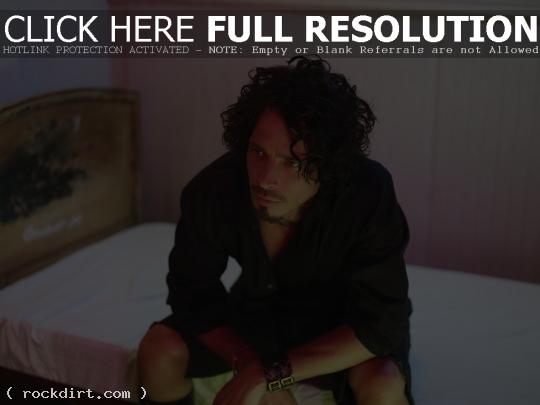 Chris Cornell is out with the video to his new single ‘Scream’, the fourth release and title track off the ex-Soundgarden/Audioslave frontman’s third solo album, out now on Mosley Music Group. Watch the Alan Ferguson directed video below. 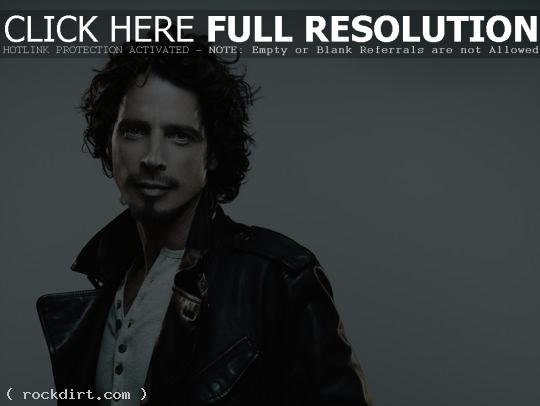 Chris Cornell checked in with fans on his official web site, reacting to the election of Barack Obama as the 44th U.S. President. The former Soundgarden/Audioslave frontman writes:

The entire post at chriscornell.com has since been removed.