!!! (Chk Chk Chk) are out with the music video to their new single ‘Jamie, My Intentions Are Bass’, off the Sacramento, California dance punk band’s fourth album ”Strange Weather, Isn’t It?’, out now on Warp Records. Watch it via AOL.com below. 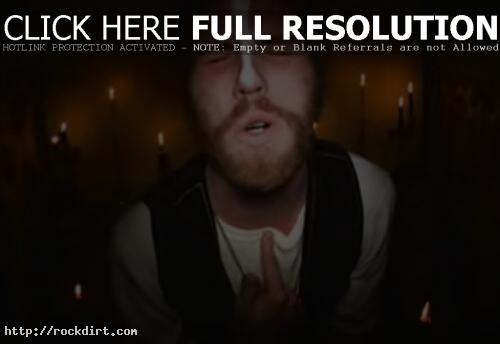 !!! (Chk Chk Chk) are out with the video to their new single ‘Must Be The Moon’, from the album ‘Myth Takes’. Watch it below.

May 17, 2007 rockdirt Multimedia No Comments

!!! (Chk Chk Chk) performed at The Forum on Thursday (March 8) in Sydney, Australia. Check out pictures from GettyImages.

!!! vocalist Nic Offer spoke with Australia’s Time Off magazine about the band’s desire for change in a somewhat pretentious and boring indie rock scene. “When we started in the American indie rock community, it was almost a reaction to the late ’80s how slam dancing turned into this really macho activity that took over the whole room,” he admitted. “People took this stance – everybody had to stand totally still, and it was kind of a logical thing to do at the time, but eventually it turned into a rule. Then when we were playing music that was conducive to that, we had to open people up to the idea. We were playing punk shows in basements to people who had never danced like that, so we had to shake ’em up to get them going!” The article at timeoff.com.au has since been removed.

!!!, aka Chk Chk Chk, are out with the video to their new single ‘Hello, Is This Thing On?’. Watch it online below.

Despite Glitches, !!! Makes Its Exclamation Point

Joshua Klein of the Chicago Tribune was on hand for !!!’s gig at the Logan Square Auditorium on Tuesday night (June 29). Klein writes, “Of all the bands mining late ’70s/early ’80s punk for inspiration, !!! may be the most intriguing, taking cues not just from punk-funk agitators but from the brief window when art-rock intersected with disco. While !!! does insert some passing political commentary into its songs, the primary purpose of its epic workouts is typically to make people dance, not think.” Chicagotribune.com has since removed the article.

!!! are out with the video to their new single 'Hello? Is This Thing On?', from the album 'Louden Up Now'. Watch it online below.