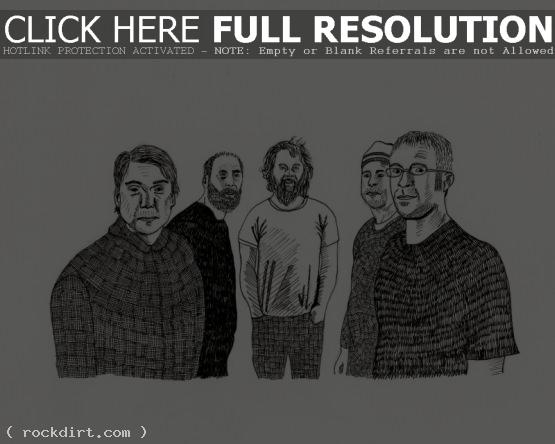 Built To Spill In Concert 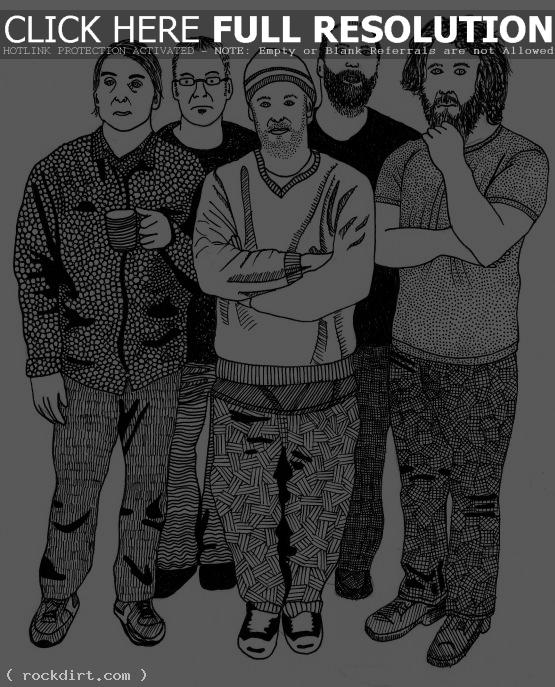 Built to Spill performed live concert at the 9:30 Club in Washington, DC on Tuesday (October 10) with the Santa Cruz jam band Camper Van Beethoven. Listen to a replay of the show at NPR.org.

Built To Spill are out with the video to their new single ‘Conventional Wisdom’, from the album ‘You In Reverse’. Watch it via YouTube below.

Built To Spill Frontman Bounces Back From Eye Injury

Built to Spill frontman Doug Martsch tells Seattle Weekly he didn’t think much of it when he sustained an eye injury earlier this year during a pickup basketball game. An eventual trip to a physician, however, revealed he’d suffered a detached retina, and the prognosis was not good. “When the doctor first saw it, he was like, ‘Well, we should at least attempt surgery,’ but he didn’t think it was gonna work out,” Martsch says over the phone from his home in Boise, Idaho. “They were pretty sure I was gonna be blind in that eye.” Though he’s now still dealing with double vision and a scar on his retina that likely will never go away, he says that in some strange way, he’s grateful the injury occurred. “Now I go to bed thinking about music again,” he said. “After this thing, I’ve really kinda been put back on my right course.” Read more.

On the Speakers and Built to Spill performed at the Don’t Knock The Rock Festival on Saturday (August 14) at The El Rey Theatre in Los Angeles. Check out pictures from WireImage.

Kevin McKeough of the Chicago Tribune reviewed Built to Spill’s performance at Metro on Wednesday night (September 17). McKeough says, “With nothing motivating their current tour other than the indie rock gas-up-the-van-and-get-out-for-the-fans ethos, Built to Spill performed less as rock guitar gods than as a bunch of unassuming guys from Idaho with an ear for whatever songs are in the air.” Chicagotribune.com has since removed the article.

Built To Spill Opts For Tour Over New Album

Built To Spill frontman Doug Martsch spoke with Billboard.com about the reason the group is touring instead of putting out new music. “At the time I booked the tour, I thought that we would be closer to making a record [and that] it would be good to tighten us up and get us ready to record,” Martsch said. “But it turns out our drummer [Scott
Plouf] has been going to baking school for a year and a half, and he has school all summer, so he hasn’t gotten enough practicing in. So, it looks like we’ll be playing old songs, and a couple of new ones. We probably won’t get back into the studio until next spring now.”

Martsch Pleases Himself With Songwriting

Doug Elfman of the Las Vegas Review Journal talked with Built to Spill frontman Doug Martsch who says he doesn’t write songs to please anyone but himself. “I couldn’t tailor things if I wanted to,” he said. “I’m not that skilled of a musician or a songwriter to sit down” and write a hit, he says. “All of our records have come about from working on it, and working on it, until it’s fleshed out.” The full story at reviewjournal.com has since been removed.

Martsch: Netson’s A ‘Huge Influence’ On His Guitar Playing

Built to Spill singer/guitarist Doug Martsch spoke with Piotr Orlov of the Phoenix New Times about the influence on his guitar playing by bandmate Brett Netson. Martsch cites him as “a huge influence. He gave me a mindset with which to play. He was the one who told me that if you make a mistake, just repeat it two or three times, and then it’s a part. And within the last few years, he’s affected me again, with how careful and deliberate a guitar player he is.” Read more.

May 17, 2003 rockdirt Uncategorized No Comments

Maya Singer of the Dallas Observer caught up with Built to Spill’s Doug Martsch to talk about his first solo album, ‘Now You Know’. Martsch was asked why he decided to do a solo blues based album but he didn’t seem to have an answer. “I don’t know,” he admits. “I mean, does anyone ever really know why something speaks to them when it does? Obviously, I’d heard the blues before, I’d listened to it–like, the way you listen to something you think you should listen to, either because it seems like some kind of artistic obligation or, hell, because you spent $10 on Bowie’s ‘Heroes’, and even though you’re, like, what the fu** is this, you still feel like you should put in the time.”