Boy Kill Boy guitarist and vocalist Chris Peck spoke with Popworld.com in a Q&A, where he was asked what he thought of Lily Allen. “Yeah, we met her at T In The Park. She’d already played and found out she was No.1 [with ‘Smile’] so she was like running around with a bottle of champagne,” Peck said. “Her general attitude was, ‘Who are you? I don’t care, I’m better than you. I’m No.1, fu** off.’ And it was excellent. We were having an interview at one point and she walked past us and said, ‘You’re crap, I’m amazing, I’m No.1, fu** off.’ Wicked. She’s like a little Gallagher, isn’t she? I love it. I like her song as well. I’m quite interested in what she’s all about. I think she’s probably going to be extremely sick, if she’s not already, of people kissing her arse. Maybe we should tell her to turn it up a notch.” Allen had earlier admitted to the drunken boastful behavior on her blog at Myspace.

Alexa Chung and Alex Zane of ‘Popworld’ caught up with Boy Kill Boy’s Chris Peck and Peter Carr. They talked about why they like their band’s name, if they’re interested in dating older women, being labeled an “it band”, if they’re having fun, who’s ‘Suzie’, and more. Watch the segment, aired Saturday (May 6), at Channel4.com.

May 11, 2006 rockdirt Multimedia No Comments 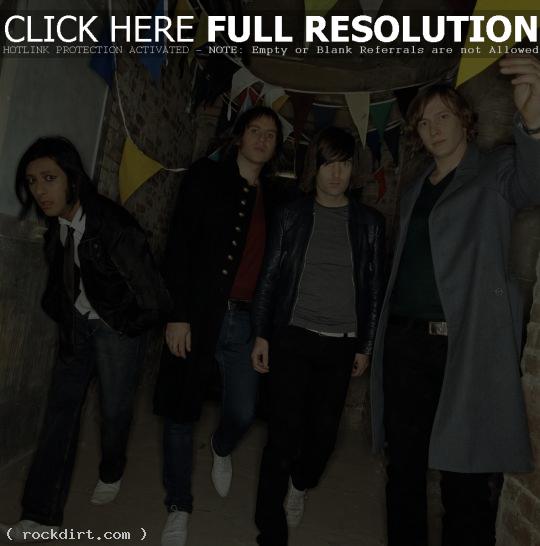 May 4, 2006 rockdirt Multimedia No Comments

Boy Kill Boy are out with the video to their new single ‘Suzie’. Watch it online below.

Dogs, Boy Kill Boy, and Razorlight performed on stage during one of the Teenage Cancer Trust’s series of benefit concerts at the Royal Albert Hall on Thursday (March 30) in London, England. Check out pictures from FilmMagic, RexFeatures, and GettyImages.

Boy Kill Boy performed in concert at King’s College in London, England on February 27th. Check out pictures from FilmMagic.

Boy Kill Boy performed in concert on Wednesday (March 1) at Manchester Academy 3 in Manchester, England. Check out pictures from WireImage.