Capital Chaos talked with Black Light Burns bassist Dennis Sanders and Nick Annis, where they talked about whether they were “Wes Borland’s band”, plans to release a new album once they find a home, the ‘Lie’ video, Wes being the gas-iest member of the band, and Dennis’ strange celebrity non-encounter with Mark Wahlberg.

The interview video at YouTube has since been removed.

Black Light Burns are out with the video to their new single ‘Mesopotamia’, from the album ‘Cruel Melody’. Watch it below.

Wes Borland of Black Light Burns spoke with Bone of 97.9 X in Scranton, Pennsylvania last month. Borland talked about being less tolerant of compromise due to age, how maturity of the members of Limp Bizkit doomed the band, singing on the album, the talents of drummer Josh Freese, touring with From First to Last, how the new album is the first time he’s been completely satisfied with a record, and more. Audio at 979x.com has since been removed.

Wes Borland’s new band Black Light Burns performed to celebrate the launch of their new album with a special performance by Lucient Dossier on Thursday (May 31) at The Vanguard in Hollywood, California. Check out pictures from GettyImages and WireImage. 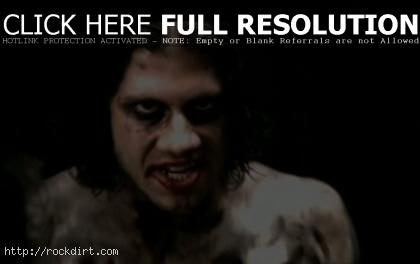 Wes Borland’s new band Black Light Burns are out with the video to their first single ‘Lie’, from their debut album ‘Cruel Melody’, out June 5th. Watch it via YouTube below.

May 3, 2007 rockdirt Multimedia No Comments

Wes Borland Not Interested In Another Return To Limp Bizkit

Former Limp Bizkit guitarist Wes Borland spoke with MTV News about frontman Fred Durst’s recent Myspace plea for the original Bizkit lineup to reform, something Borland, now with Black Light Burns, has no interest in. “I am in this for the long haul,” Borland said. “The whole Limp thing is absolutely, offensively impossible. I’ve been through that several times now, and it’s always the same thing. It’s very predictable how that group of people, when they come together, what happens. Him calling me out and saying that he’s different and wants the band back together … I mean, I’ve seen it three times before. And what happens is, I go, ‘OK, let’s make it work,’ and three months later, we completely hate each other. It’s nothing against Fred — that’s just how it works. I understand that the intentions are good, and that he means what he said, but I can’t waste any of my time trying to make that happen, because it’s a scenario that just doesn’t work out.” Black Light Burns release their debut LP, ‘Cruel Melody’, on June 5th. Read more.