CNN’s Shannon Cook took a look at the newest releases in the music industry, including Alien Ant Farm’s ‘Up In The Attic’ and Monsters Are Waiting’s ‘Fascination’. Watch the segment here. 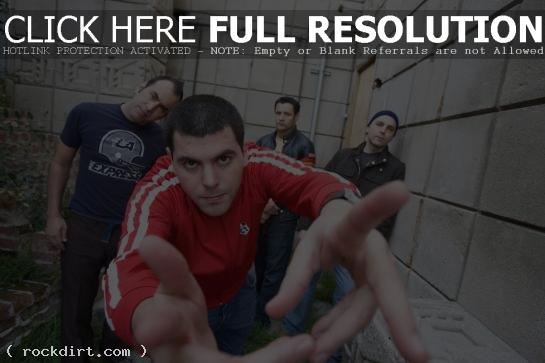 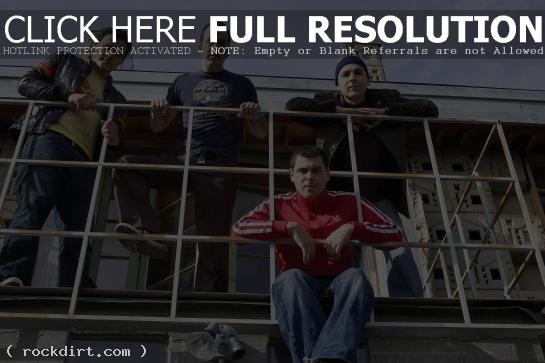 Papa Roach and Alien Ant Farm performed at The Joint inside the Hard Rock Hotel & Casino on August 5th in Las Vegas, Nevada. Check out pictures from GettyImages.

Alien Ant Farm are out with the third video off their latest album 'Truant'. Watch 'Drifting Apart' below.

Mindful of not wanting to miss a date of their current tour with 311, the AAF parties orchestrated this rock divorce to fall between shows. Corso departed after a show in Columbus, Ohio, and Camacho, an old friend of the band, was imported on the off days so he could rehearse and be ready to rock by the date in Birmingham. Fortunately, he already knew most of the material. For further developments, check www.alienantfarm.com.
October 29, 2003 rockdirt Uncategorized No Comments

Hip Online recently caught up with Alien Ant Farm's singer Dryden Mitchell and asked about the sophomore slump in conjunction with the release of 'Truant'. "I mean some bands have it and some don't and some bands have freshman slumps," Mitchell said. "We fortunately didn't. I have a ton of friends who are in bands, not like we got huge success, but they never received anything. Sophomore slump is a great thing just because we had an opportunity to do a sophomore record." Check out the entire interview here.
October 13, 2003 rockdirt Uncategorized No Comments

Alien Ant Farm Still Has The Goods In Concert

Free Lance-Star youth correspondent Bobby Crockett reviewed the Alien Ant Farm concert in Virginia the other night. He writes, "Alien Ant Farm blasted through their more-than-hourlong set with such enthusiasm that it left you breathless. Singer Dryden Mitchell worked the crowd to a T, eliciting more overjoyed screams than I think I've ever heard. The band, including Tye Zamora (bass), Terry Corso (guitar) and Mike Cosgrove (drums) put on an exceptional show, not letting up on the excitement for even a minute." The full review at fredericksburg.com has since been removed.
September 6, 2003 rockdirt Review No Comments

Alien Ant Farm’s Latest To Include DVD On Wreck

The initial shipment of Alien Ant Farm's upcoming album 'TruANT', due August 19th, will include a DVD. "It tells the story of what happened to us in the wreck," says guitarist Terry Corso of the May 2002 tour bus accident that left frontman Dryden Mitchell almost paralyzed and the bus driver dead. "There's a lot of photos from the accident and we did a big interview and talked about it," he adds. "It's not all about that -- it's a rough timeline of what we did in that twenty months of being on tour before the wreck. Of course, it's centers on that because it's pretty profound."
July 26, 2003 rockdirt Uncategorized No Comments

Alien Ant Farm performed at BB Kings on Wednesday (July 23) at BB Kings in New York City. Check out pictures from the gig at WireImage.
July 25, 2003 rockdirt Photos No Comments

Popbitch.com reports Alien Ant Farm's singer Dryden Mitchell claims he could only get his vocals right for their new album 'truANT' with cayenne pepper sprinkled on his testicles. "It really feels like someone put your genitals in a vice," said Dryden. 'truANT' drops August 19th.
July 23, 2003 rockdirt Uncategorized No Comments