Alice In Chains are out with the music video to their new single ‘Lesson Learned’, off the Seattle, Washington rock band’s fourth studio album ‘Black Gives Way to Blue’, out now on Virgin/EMI. Watch the Paul Matthaeus directed video via Yahoo! Music below.

Alice In Chains ‘Your Decision’ Video 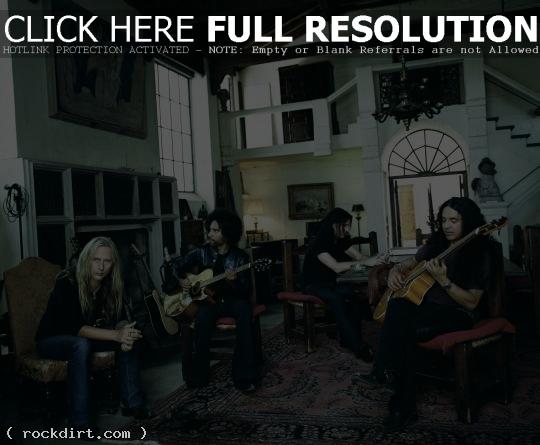 Alice in Chains are out with the video to their new single ‘Your Decision’, the third release off the Seattle, Washington alternative rock group’s fourth studio album ‘Black Gives Way To Blue’, out now on Virgin Records. Watch the Stephen Schuster directed video via MTV below the cut. END_OF_DOCUMENT_TOKEN_TO_BE_REPLACED

William DuVall: I’m Not Trying To Do A Layne Staley

After the death of singer Layne Staley in 2002, Alice in Chains has regrouped with new singer William DuVall to record their new album ‘Black Gives Way To Blue’, which debuted at No. 5 on the Billboard 200 this month and spawned a title track that went all the way to No. 1 on the Rock Songs chart. “I think initially people came [with] arms crossed, sort of hoping against hope. I hear that a lot,” DuVall tells Billboard. “I’m not trying to do a Layne. One of the things I loved about him was how individual he was. He was just being himself, so that’s what I do.” Watch an interview with the band below. 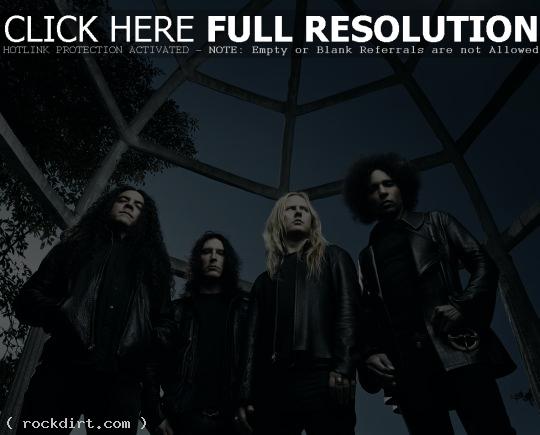 Alice In Chains are out with the video to their new single ‘Check My Brain’, the second release from the Seattle, Washington grunge rock group’s fourth studio album ‘Black Gives Way to Blue’, out Tuesday (September 29) via Virgin/EMI. Watch the Alexandre Courtes directed video below the cut. END_OF_DOCUMENT_TOKEN_TO_BE_REPLACED

Alice In Chains ‘A Looking In View’ Video

Alice In Chains are out with the video to their new single ‘A Looking In View’, the first release from the American rock group’s fourth studio album ‘Black Gives Way To Blue’, out September 29th via Virgin/EMI. The album is the first featuring new vocalist William DuVall, the replacement of the late Layne Staley. Watch the Stephen Schuster directed video below.

In The Studio With Alice In Chains’ William DuVall 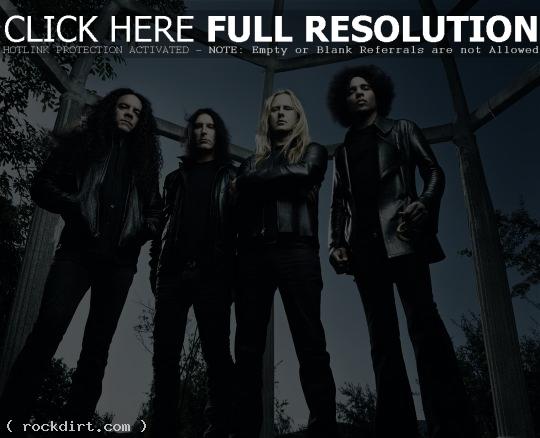 The latest Alice in Chains studio update features frontman William DuVall tracking his guitar parts and vocals, having a laugh while trying to do the latter. The Seattle band are working on their fourth studio album, their first since their self-titled 1995 release and since the 2002 death of original frontman Layne Staley. Watch the clip below the cut. END_OF_DOCUMENT_TOKEN_TO_BE_REPLACED

Alice In Chains In The Studio 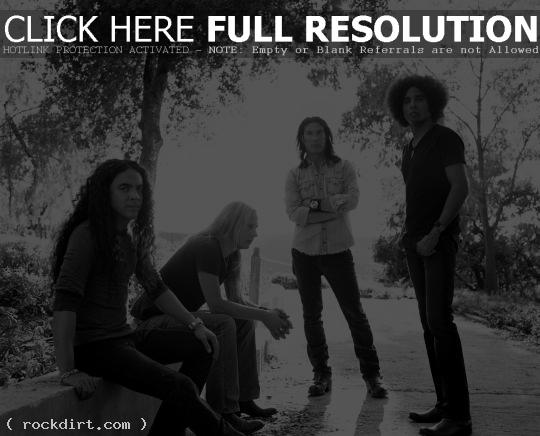 Alice In Chains posted the seventh and final update for 2008 on their MySpace TV channel, featuring the Seattle grunge rock act working in the studio on a new album due to hit stores Summer 2009. The album will be their first with new frontman William DuVall, filling the shoes of Layne Staley, who died in 2002 after injecting a mixture of heroin and cocaine. The in studio footage will resume in 2009 with the final 4 videos in the series. Watch it below the cut. END_OF_DOCUMENT_TOKEN_TO_BE_REPLACED

MTV.com spoke with Jerry Cantrell of Alice In Chains, asking the guitarist if fans of the band, now fronted by William DuVall following the 2002 death of original lead singer Layne Staley, could expect a new album in 2008. “Definitely possibly,” Cantrell responded with a healthy guffaw. “I don’t think you can put a time limit on it, because first we have to come up with a record we’re satisfied with, and I think we can do that.” Read more.