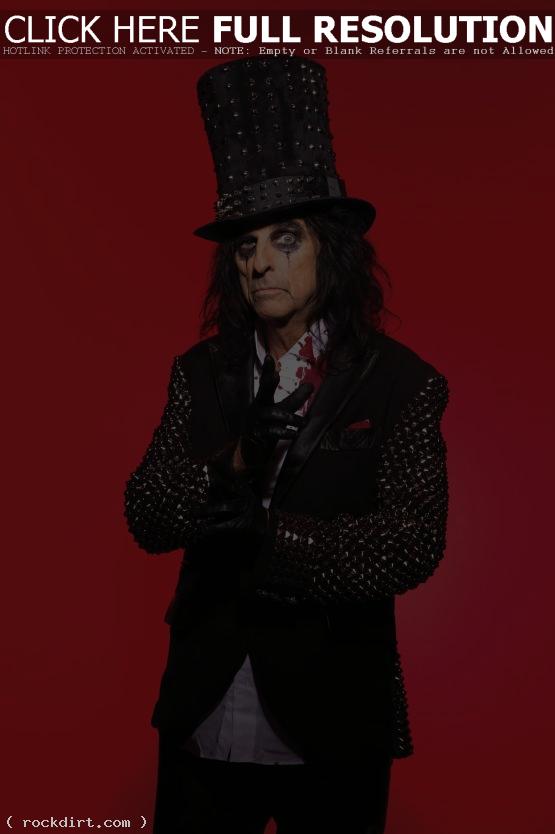 Legendary rocker Alice Cooper that the closest artist to emulate his him is Lady Gaga. “Lady Gaga is the female Alice Cooper. She created a character named Lady Gaga. She wrote songs for Lady Gaga. Not for herself – for Lady Gaga,” Cooper explained. “I write for Alice; I don’t write for me… and she produced those songs on stage for Lady Gaga. Now there’s a Lady Gaga nation out there, and if you meet her off stage, she’s nothing like that person on stage.” Cooper’s new album ‘Welcome 2 My Nightmare’ is out September 13th on Bigger Picture Music Group. 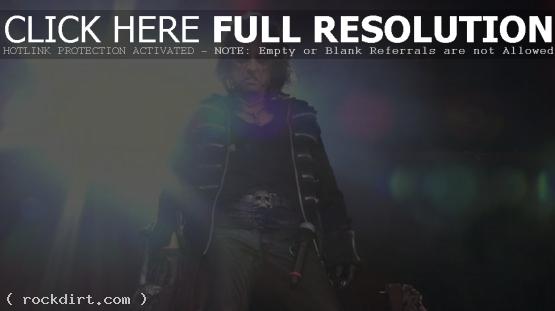 Alice Cooper is out with the music video to his new single ‘I’ll Bite Your Face Off’, off the veteran rock artist’s latest album ‘Welcome 2 My Nightmare’, out September 13th on Bigger Picture Music Group.

“This is my tip-of-the-hat to early Rolling Stones,” Cooper said about the track in an interview with NME. “Like in 1964/65, when their songs were very Chuck Berry-orientated. They just feel so good, in the pocket. This song was begging to be in the live show.” 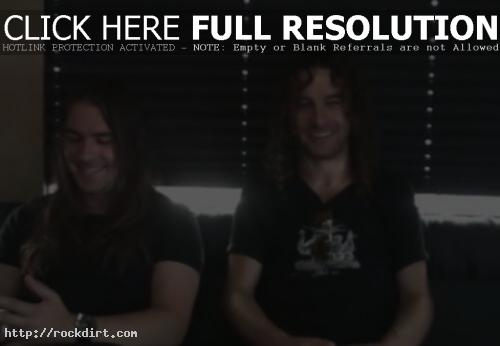 Airbourne recently found out out Alice Cooper commented on their single ‘Blonde, Bad and Beautiful’ and threw props back to the rock legend. “I really like garage bands… I like bands that sound like drunk bar bands,” Cooper had told the Australian radio station Triple M. “I just saw this video of Airbourne the other night (‘Blonde, Bad & Beautiful’) and I went ‘ok, that looks like fun’.” Watch the brief video of the Aussie rockers responding to the compliment via YouTube below.

Alice Cooper spoke with ITN about his concert at Sonisphere over the weekend as the shock rocker brought his Theatre Of Death tour to Knebworth. “This brand new show, Theatre of Death show, we really decided let’s get back to doing big monster shows,” Cooper explained. “Let’s get back to doinng shows that are going to make people go ‘What?'”

Alice Cooper is bringing his Theatre of Death tour to the UK, and the singer spoke with ITN about what concertgoers can expect, how his on-stage character is “so opposite” of him in real life, and the time he met Marilyn Manson in Transylvania. “All we talked about was marriage,” Cooper said. “You would think we’d talk about something much more dastardly than that. He’d just gotten a divorce, and I’ve been married for 33 years and we talked about marriage, and it was pretty good conversation. We didn’t talk about horror at all. It was an interesting conversation. I liked him.” Watch the interview below.

ITN caught up with Alice Cooper, who talked about the comeback of classic rock and touring next year with an “upside down and backwards” show that will totally surprise people. Cooper also praised Jack White of the White Stripes, Foo Fighters, and the garage rock movement. Watch the red carpet interview via YouTube below.

Alice Cooper appeared on ‘The Hour with George Stroumboulopoulos’ to promote his new album ‘Along Came A Spider’. He talked about surveying the music scene starting out and seeing a lot of heroes like The Who, Rolling Stones and The Beatles, and no villains, “And I said well why don’t I be Captain Hook? And I created Alice to be that. I created really him to be rock n’ roll’s Frankenstein and Dracula all rolled up into one.” Cooper said during his drinking days, there’s three albums he doesn’t remember writing, recording or touring them. Watch the interview below.

SPV is out with a documentary for Alice Cooper’s ‘Along Came A Spider’, featuring Cooper, Slash, and Billy Bob Thornton. Cooper talked a bit about coming up with the story, and the quirks of the serial killer he came up with, while Thornton compared Cooper to others in the horror film genre. “I would compare Alice more to Lon Chaney, Sr.,” Thornton said. “I think Alice is the Lon Chaney of rock ‘n roll.” He added, “There wouldn’t be a KISS or Marilyn Manson or any of those people without Alice. I mean you could even say Slipknot.” Watch the documentary via YouTube below.

Bryan Adams, who performs on ‘The Early Show’ (CBS) on Monday.

Alice Cooper has posted The Second Official Album Trailer for his new serial killer concept album ‘Along Came A Spider’, due out July 29th on SPV Records. Watch the Piggy D directed clip below.