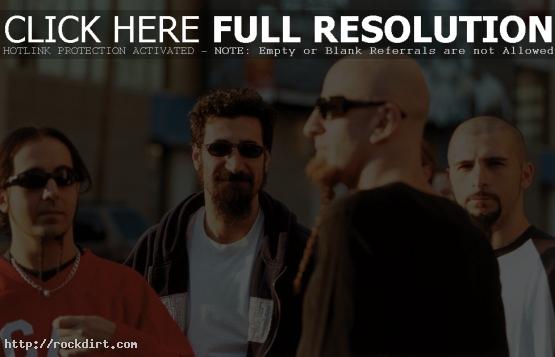 Tatiana Simonian of Rolling Stone was on hand for System Of A Down’s tour kickoff at a sold-out Long Beach Arena in California on Friday (August 5). Simonian writes, “If playing a straightforward rock show with virtually no stage banter was System’s spin on the spectacle of arena rock, it seemed to work for the fans. As the band hit its stride, tearing into their hit ‘Chop Suey!’, Armenian flags were waved, and five mosh pits churned with body surfers.”

Check out the entire review at rollingstone.com.

August 7, 2005 rockdirt Review No Comments System Of A Down