System Of A Down’s Malakian: We’re Not A Political Band 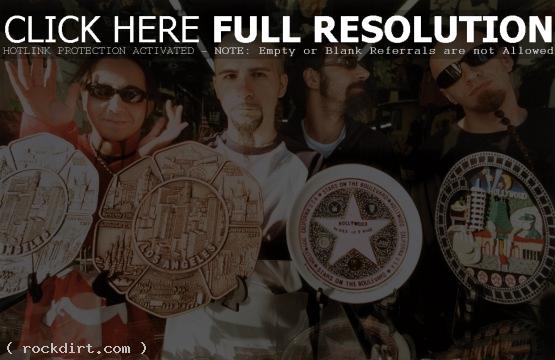 System of a Down guitarist and chief songwriter Daron Malakian is uncomfortable with the band being tagged a “political” band. “We just sing about what the world, about what’s around us,” he tells the Sydney Morning Herald. “We have political songs and we have songs about, y’know, psycho-groupie-cocaine crazy. Somebody asked me, ‘Are you guys about sex, drugs, rock’n’roll, politics, having a good time?’ I said, ‘Yes!’ We’re not about a history lesson, like, ‘You gotta learn all about the Armenian genocide’ or all about politics. We’re not only about that and we’re not only about sex, drugs and rock’n’roll, we’re like a fu**ed-up mutation of all that sh**.” Read more.

January 13, 2005 rockdirt News No Comments System Of A Down

«Pretrial Appearance For Courtney Love
22-20s ‘Such A Fool’ Video»