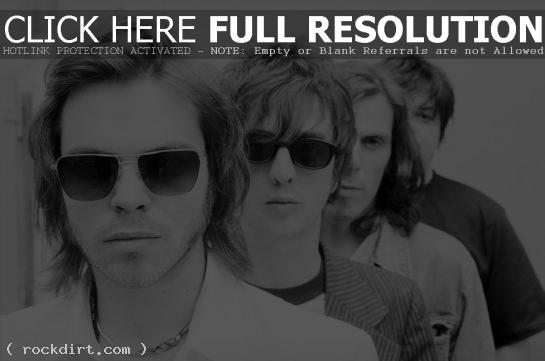 In Oxford, Supergrass bassist Mick Quinn is relaxed after the mammoth task of creating a film on the band for the newly released ‘Supergrass Is 10’ DVD. “We got incredibly involved in making the documentary,” Quinn tells Australia’s Time Off magazine. “First we hired somebody to get all the footage, which took about three months. Then I must have sat up for a month with the editor until the early hours of the morning, every morning, just making the edit really good. It covers the whole ten years in an-hour-and-a-quarter – if it’s possible to do that. I think the original cut was about three-and-a-half hours long. People don’t want to sit through that many hours of material – I think it’s better for it.”