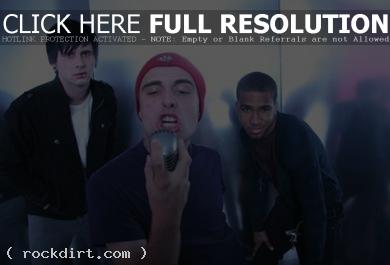 Pop punk trio Super Prime has premiered their music video for ‘Vow’ on MTV Buzzworthy this week. The band is currently on tour with Set Your Goals, Cartel, Mixtapes and Fireworks in support of their debut full-length album, ‘#FML’, which was released on March 20th. Next month, the band will hit the UK on tour with We Are The In Crowd. Watch the official music video for ‘Vow’ below.

When asked about the video, Super Prime singer Adam Newall responded, “Being the day of the shoot was Friday the 13th, it would have seemed that the planets were aligned against us, but we came in kicking like Van Damme,” bassist, Austin Bond, continued, “We’re very hands on and luckily we had an awesome director (Christian Winters) who worked with us to create our vision.” Drummer, Marcus James, chimed in, “Yeah! He gave us the ability to move the sun! Those lights were awesome!”