Sum 41 Kick Off Sum On Your Face Tour On Halloween 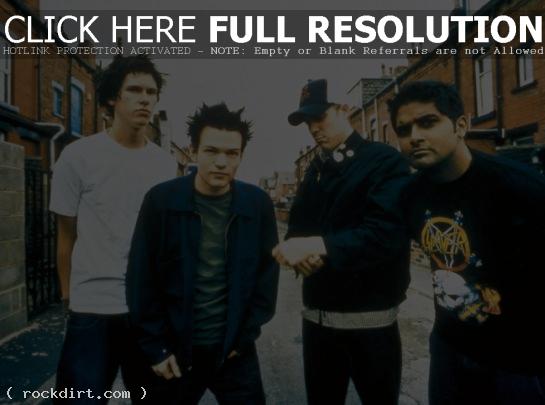 Sum 41 will be kicking off a 17 city tour in support of their new album on Halloween in Dallas. Sum 41 will be touring to support the release of their third record, ‘Does This Look Infected?’, out November 26th. Read on for a list of the cities on the Sum On Your Face tour. Vocalist and guitarist Deryck Whibley commented to MTV News, “I think the rewards come from playing live. That’s my favorite part of being in a band — I think that should be everyone’s favorite part of being in a band. I mean, it’s like you’re traveling around, it’s a free vacation, going from city to city, staying in posh hotels and just playing for tons of kids that are supporting you. It’s amazing to see someone other than you like your music.” Read on for the tour dates.

Sum on Your Face tour dates, according to the band’s publicist: