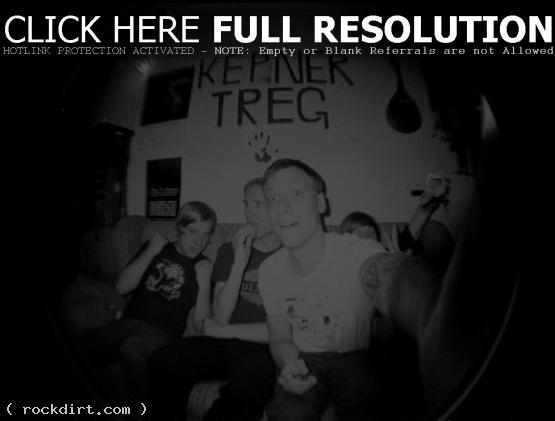 Sweden’s Suis La Lune has signed with Topshelf Records to release its next LP, ‘Riala’. The signing marks the first international act that the burgeoning indie label has worked with entirely from start to finish on a release. The band is self-producing their latest effort which will be released this spring.

With a name continuously causing confusion over the last seven years, Suis La Lune is a band hailing from Stockholm & Gothenburg, Sweden. Sharing an equal passion for mid 90’s emo the four-piece got together early 2005, despite the inconvenience of being spread out all over Sweden at the time. They quickly found their own take on the genre; melodic and jangly guitars, the shifting between quiet and loud parts with desperate vocals that is ranging between talky rantings and intense screaming. These were the main characteristics on the debut album Quiet, Pull The Strings (2006) and has since long become their signature mark, following the band through their various later releases.

Six years after their debut album and countless of tours in both Europe and the US, it is finally time for the sophomore album entitled ‘Riala’ to see the light of day. Still with the mix of calm and hectic passages present, the sound has evolved into what almost feels like complex pop songs; more melodic, catchier and with as much passion as ever before. Suis La Lune is happy to present their latest effort and proudest moment to date via Topshelf Records in the spring of 2012. The band told their Facebook fans:

We’re so happy to announce that Topshelf Records will release our upcoming album! couldn’t be more excited! expect the record to be released late spring!